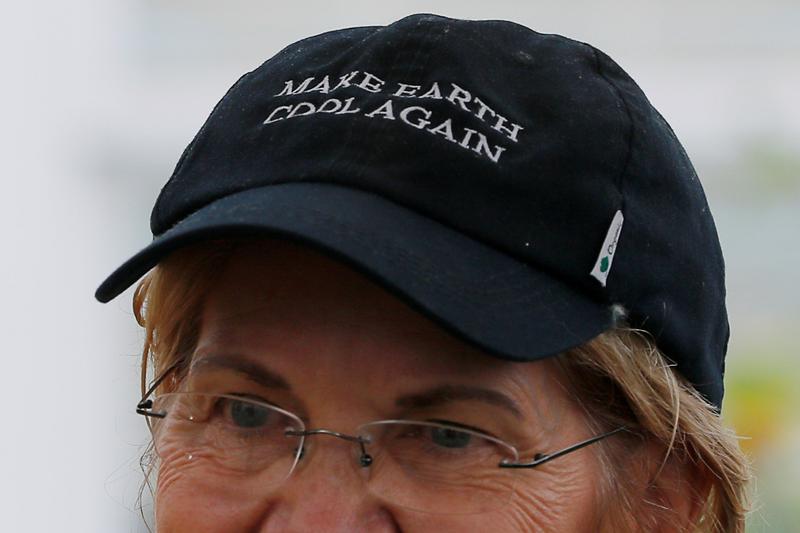 WASHINGTON (Reuters) – Ten U.S. Democratic presidential contenders will tout their plans to tackle climate change on Wednesday night in a marathon series of CNN forums likely to pit moderates like Joe Biden against progressives like Bernie Sanders and Elizabeth Warren.

The climate forum offers Democrats seeking to face Trump in the November 2020 election an opportunity in a crowded presidential field to stand out on an issue increasingly important to voters.

Concerns about the environment have spiked as fires burn in the Arctic and Amazon, ice melts in Greenland and strong storms this year have flooded farms in Midwestern states.

The candidates’ visions of the future of oil, gas and coal, and electric vehicles will be on the table during the seven-hour series of CNN town halls, beginning at 5 p.m. ET.

The candidates will also talk about their plans to adapt to climate change including protecting communities from the devastation of intensified storms, floods and droughts. The forums will feature individual candidates facing questions from moderators and voters.

Biden, the Democratic front-runner and former vice president, who is seeking to win back workers in industrial states who switched to Trump in 2016, could be asked how much of a lifeline he would give to the coal and natural gas industries that have driven the economies of Rust Belt states such as Ohio, Pennsylvania and West Virginia.

Biden’s $1.7 trillion plan supports carbon capture and sequestration, a technique to bury carbon and help utilities transition to cleaner sources of energy. The plan has been criticized by rivals as offering a middle ground that would not achieve decarbonization goals.

But Biden, who was No. 2 to former President Barack Obama, has also said he would eliminate fossil fuels, saying in a recent debate: “We would work it out. We would make sure it’s eliminated.”

Senator Bernie Sanders has taken a more confrontational approach. His $16.3 trillion plan does away with gasoline-powered cars and new nuclear power. It would also ban carbon capture and sequestration, even though U.N. climate scientists say that is integral to staving off the worst effects of climate change.

Senator Elizabeth Warren’s $3 trillion plan, released on Tuesday, creates jobs in green research, manufacturing and exporting. Some of her plan would be funded by reversing Republican tax cuts that largely benefit businesses and the wealthy.

Warren calls it a “strategy for using all the tools of government to defend and create American jobs rather than continuing to cater to the interests of Wall Street and multinational corporations with no allegiance to America.”

The seven-hour town hall format on climate emerged after the Democratic National Committee in August rejected debates on single issues like climate.

MSNBC and Georgetown University will hold another climate forum on Sept. 19 and 20 expected to feature 11 candidates including Republican Bill Weld. It will feature many of the Democrats who did not qualify for Wednesday’s town halls. Biden, Warren, and Harris are not expected to participate in the Georgetown event.