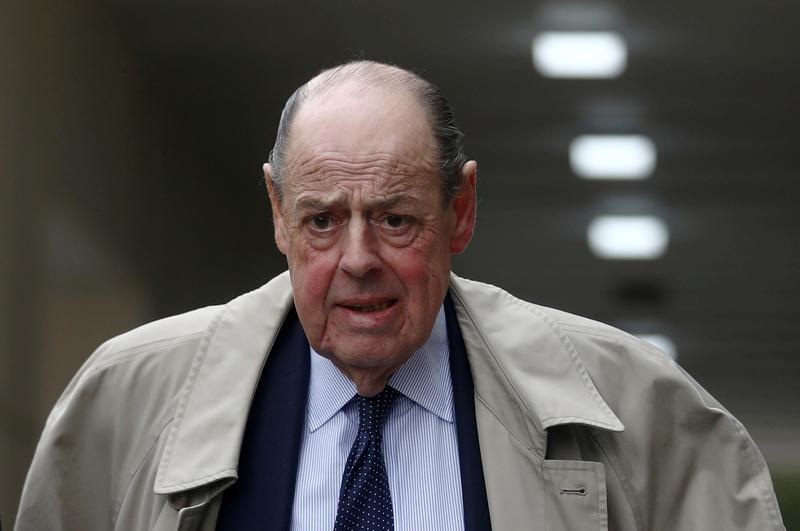 LONDON (Reuters) – Nicholas Soames, the grandson of World War Two leader Winston Churchill, said on Wednesday that Brexit is sending Britain’s status into “free fall” after he was sacked from the Conservative Party for rebelling on a vote on leaving the European Union.

Prime Minister Boris Johnson expelled 21 lawmakers, including Soames, from the Conservative Party on Tuesday and barred them from running for the party in the next election after they voted for a motion that paves the way for Brexit to be delayed.

Soames, 71, who has been a Member of Parliament (MP) since 1983, said Britain’s image was being tarnished by Brexit.

“What really worries me is that Britain’s stock in the world is in free fall and I’m afraid our position in world affairs is going to be greatly diminished by this,” he told the BBC. “This is the most divisive issue of my lifetime.”

In an emotional speech in parliament, Soames said he has always supported pulling Britain out of Europe Union since the 2016 referendum and, unlike Johnson and other cabinet ministers, voted three times for former Prime Minister Theresa May’s EU divorce deal which parliament as a whole rejected.

“I have always believed that the referendum result must be honoured and indeed I have voted for the withdrawal deal …. which is more than can be said for my right honourable friend the prime minister, the leader of the house, and other members of the cabinet, whose serial disloyalty has been such an inspiration for so many of us,” Soames told parliament.

The rebels say that Johnson, in his zeal for pulling Britain out of the European Union with or without a deal, is risking damage to the British economy and undermining its position as a party with priorities beyond Brexit.

Johnson said that kicking out the lawmakers had not been easy but he had been upset by their decision to rebel.

“These are friends of mine, and believe me, I take absolutely no joy in any of it. But it was very sad and surprising that they should choose to undermine the UK’s ability to get a (Brexit) deal,” Johnson told broadcaster ITV.

Soames, who was knighted by Queen Elizabeth in 2014, previously served as a junior defence minister. He is the son of Mary Soames, the youngest of Churchill’s five children.

Alistair Burt, a former junior minister in the Foreign Office and another lawmaker expelled by the party, said eurosceptics have repeatedly found people to blame for why the government has not reached a deal with the EU, including Britain’s lead Brexit negotiator and the bloc itself.

“This time it is us, it’s me, this is nonsense,” he said. “I say to my colleagues: if we are being purged now, who is next?”