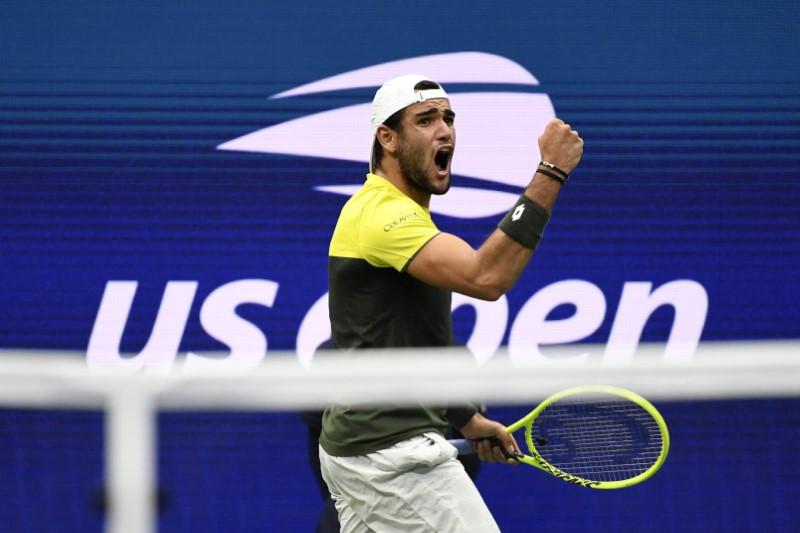 Putting away the 13th-seeded Frenchman took everything that Berrettini had as Monfils, who struggled mightily with his serve late in the match, managed to see off four pressure-packed match points until the Italian finally prevailed.

“Right now I don’t remember any points. Just the match point,” Berrettini said on court. “While I was playing I thought, this is one of the best matches I ever saw. I was playing, but I was watching also.”

Berrettini used booming serves and stinging forehands to overwhelm Monfils, who struggled with humid conditions in Arthur Ashe Stadium until shortly after the roof closed during the third set and brought in cooler temperatures.

In the decider, Berrettini broke twice for a 4-2 lead but a rejuvenated Monfils, who despite being bent over in exhaustion after many points, dug deep and raced around the court to fight off three match points to force a final-set tiebreak.

But Monfils ran out of tricks and it was Berrettini who leaned on his powerful serve to prevail and become the fourth Italian man to reach a Grand Slam semi-final in the Open Era.

Monfils was very efficient in the first set and had an early 2-0 lead in the second but Berrettini took over and broke the fatigued Frenchman twice before ultimately firing down an ace to seal a hold to love that levelled the match at 1-1.

Berrettini, the 24th seed, broke twice for a 5-2 lead and served out the third set, which was interrupted for about five minutes when rain forced the closure of the Arthur Ashe Stadium roof.

That brought more comfortable playing conditions and gave a boost to Monfils who during an earlier changeover had poured cold water over his head.

Monfils, with his back firmly against the wall to start the fourth, suddenly looked full of energy and was bouncing on his feet between points as he got a crucial break and won 88% of his first-serve points to force the decider.

For Berrettini, it marked the latest triumph in a season in which the 23-year-old Italian won titles in Budapest and Stuttgart en route to a career-high ranking of 20th in June.

Up next for Berrettini, who lost here in the first round last year, will be the winner of the evening match between Spanish second seed Rafa Nadal and Argentine Diego Schwartzman.