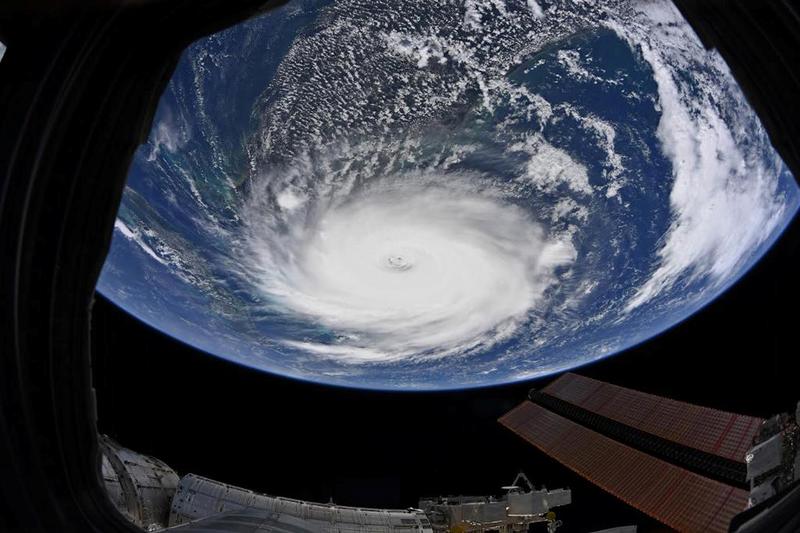 MARSH HARBOUR, Bahamas (Reuters) – Hurricane Dorian carved a path of destruction through the Bahamas and relief officials on Tuesday were preparing for a humanitarian crisis after one of the most powerful storms ever to hit the islands killed at least five people, with the scale of the disaster as yet unknown.

Aerial video recorded over the Bahamas’ Great Abaco Island showed mile upon mile of flooded neighborhoods, pulverized buildings, upturned boats and shipping containers scattered like Lego toys. Many buildings that had not been flattened had walls or roofs partly ripped away.

While its winds had diminished to a Category 2 storm on the five-step Saffir-Simpson scale of intensity, Dorian expanded in size and picked up speed on Tuesday. Forecasters said it would come “dangerously close” in the next 36 hours to Florida’s east coast, where more than a million people have been ordered evacuated.

“Communities are cut off and roads are underwater still,” Brave Davis told reporters at Nassau airport after returning from the flight, together with Bahamas Prime Minister Hubert Minnis in a Facebook Live video.

In the Freeport area of Grand Bahama island, people on jet skis and boats tried to rescue hundreds of people whose homes had flooded on the low-lying island, a CNN correspondent said.

Bahamian officials said they had received a “tremendous” number of calls for rescue.

The CNN correspondent said he had spoken to a man whose wife had died of hypothermia after being trapped in their flooded home for hours and others who said they had watched people swept away.

Hurricane-force winds had expanded to 60 miles (95 km) from the storm’s core. “Dorian is expected to remain a powerful hurricane during the next couple of days,” the NHS said.

The exact toll of the devastation in the Bahamas will not be clear until the storm completely passes and rescue crews can get on the ground, said Theo Neilly, the Bahamian consul general in Washington. Dorian has battered the Bahamas for the past three days. “We expect it to be very devastating and the damage to be extreme,” Neilly said.

The Abaco Islands in the northern Bahamas may require food for 14,500 people and Grand Bahama for 45,700 people, the U.N. World Food Programme said in a statement. The preliminary estimates were based on an assessment by representatives from Caribbean countries, the WFP and other organizations.

The U.S. military has been authorized to provide logistics, health and engineering support to the Bahamas for up for 14 days if needed, General Terrence O’Shaughnessy, the head of U.S. Northern Command, told reporters on Tuesday.

The U.S. Coast Guard said four of its helicopters were assisting in the humanitarian effort.

Dorian, which killed one person in Puerto Rico before bashing into the Bahamas on Sunday, is tied for the second-strongest Atlantic storm to make landfall with Gilbert (1988), Wilma (2005) and the 1935 Labor Day hurricane.

It was expected to hit Florida with hurricane conditions overnight, before bringing its powerful winds and dangerous surf along the coasts of Georgia, South Carolina and North Carolina by late Thursday.

The governors of those states have ordered evacuations of coastal counties.

Forecasters have told Floridians to heed mandatory evacuation orders now in effect for at least nine counties. Dorian could drive seawater inland as it approaches, with parts of the northern Florida and Georgia coasts seeing as much as 7 feet (2 m), said NHC Director Ken Graham.

After days of warnings to flee a storm that at its peak was rated at the top of the scale of hurricane strength, many residents of Florida’s coast remained unsure whether to wait it out or evacuate.

“I know it’s a mandatory evacuation, but everyone I talked to is staying, and I don’t know what to do. But I’m going to be ready and packed up in case I need to get on the road if they close those bridges,” said Linda Cassano, a 53-year-old beautician who lives on Jacksonville Beach as she stocked up on water and food.

“What deterred me is everything was open, the garbage man came today, the post office was delivering, so those things kind of make you indecisive.”