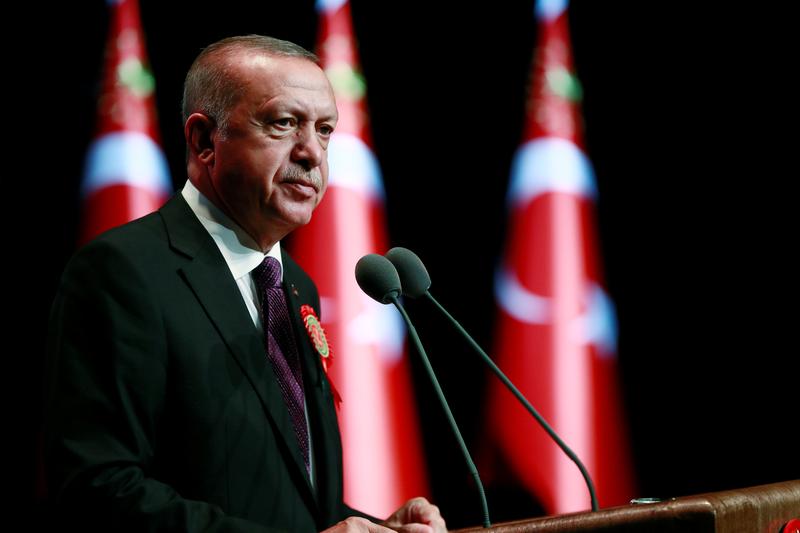 Erdogan also said he would make all necessary contacts with parties in the region to find a solution to the Idlib situation, adding that a Syria safe zone which he has proposed to host Syrians fleeing the war is now nothing more than a name.

“Idlib is slowly disappearing. Idlib is in a situation that it started to disappear and become torn down in a way Aleppo is. It is not possible to stay silent against this,” Erdogan told a news conference in Ankara.

Idlib, in Syria’s northwest corner, is the only big chunk of the country still in rebel hands after over eight years of war. A truce in early August collapsed three days in, after which the Russian-backed Syrian army pressed an offensive and gained ground against rebel forces, some of whom are backed by Turkey.

Turkey, Russia and Iran agreed in 2017 to the Idlib zone to reduce fighting, although the terms were never made public and the deal did not include jihadist groups.

On Saturday, the U.S. Central Command, part of the Department of Defense, said U.S. forces struck an al-Qaeda facility in Idlib in an attack aimed at the organization’s leadership.

Erdogan said that Idlib would be the most important issue during his meeting with U.S. President Donald Trump as part of the United Nations General Assembly later in September.

A proposed safe area in northern Syria to host Syrians fleeing the war and also refugees living in Turkey is nothing more than a name right now, Erdogan said. The idea was not supported by some allies, he said.

“Safe zone is nothing more than a name right now. Some assaults, threats are made in the southern part but we are taking all the necessary steps,” Erdogan said.