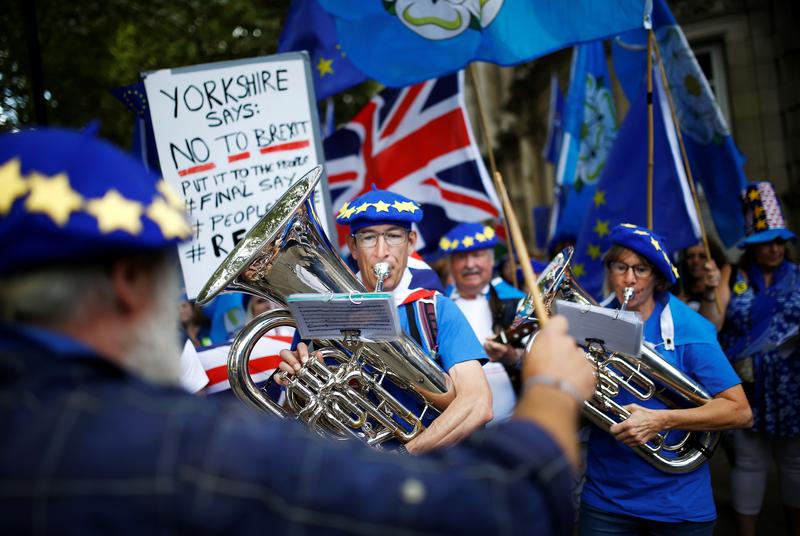 GENEVA (Reuters) – Leaving the European Union without a trade deal would cost Britain at least $16 billion in lost EU sales, and probably far more after accounting for indirect effects and other markets, a report by the U.N. trade agency UNCTAD said on Tuesday.

“UNCTAD’s research indicates that a no-deal Brexit will result in UK export losses of at least $16 billion, representing an approximate 7% loss of overall UK exports to the EU,” it said.

UNCTAD said the $16 billion figure was conservative, and only took into account a rise in EU tariffs from zero to the basic “most favored nation” rate that it offers countries without preferential deals.

“These losses would be much greater because of non-tariff measures, border controls and consequent disruption of existing UK-EU production networks,” UNCTAD’s report said.

The report was published as Britain’s parliament debated a bid to stop Britain crashing out of the EU on Oct. 31 without a transitional deal, which the European Commission described as a “very distinct possibility”.

UNCTAD said 20% of Britain’s non-EU exports were at risk of higher tariffs in markets such as Turkey, South Africa, Canada and Mexico – countries that have preferential trade deals with the EU but have not yet agreed to roll over those benefits for British exporters in the event of a “no deal” Brexit.

If Britain did not strike those deals before its exit from the EU, it would lose a further $2 billion in exports, with higher tariffs for cars, processed food, clothes and textiles, with $750 million in forgone motor vehicles exports.

Still more losses could come if Britain failed to conclude rollover deals with Vietnam and the MERCOSUR countries of Argentina, Brazil, Paraguay and Uruguay, which have recently signed trade agreements with the EU.