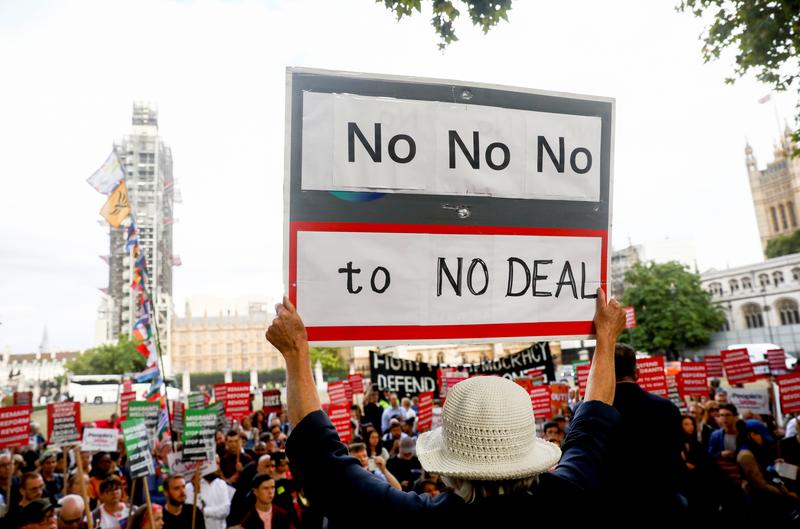 LONDON (Reuters) – Goldman Sachs has raised its estimate for the likelihood Britain will crash out of the European Union without a deal to 25% from 20% citing the prolonged suspension of Parliament, as lawmakers decide the fate of the government’s Brexit plans.

Goldman said its base case with a 45% probability remained that a close variant of the existing Brexit deal which was rejected three times will pass in the House of Commons. The bank cut the probability of no Brexit to 30% from 35%.

UK lawmakers will decide on Tuesday whether to shunt Britain towards a snap election when they vote on the first stage of their plan to block Prime Minister Boris Johnson from pursuing a no-deal Brexit.