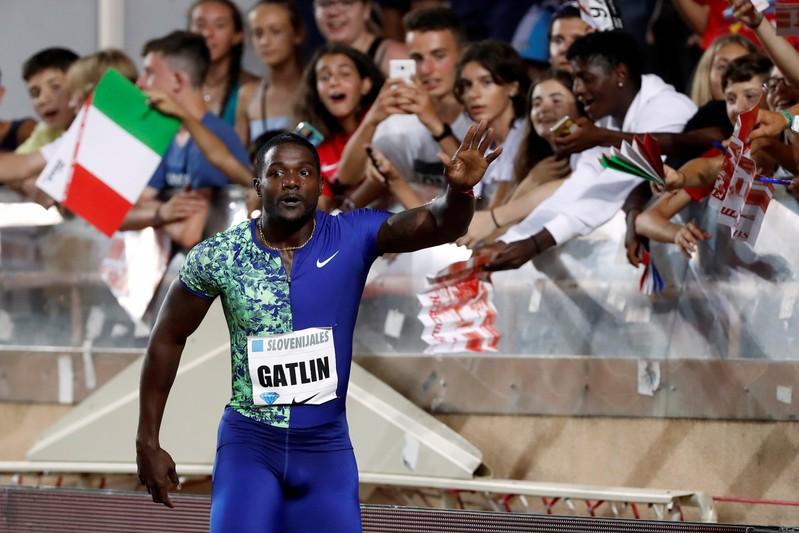 (Reuters) – World champion Justin Gatlin injured his left thigh in a 100m race at an IAAF World Challenge meeting in Zagreb on Tuesday, three weeks before the American is due to defend his title in Doha, the BBC reported.

Gatlin, who finished fourth in 10.29 seconds, left the track supported by a fellow athlete after suddenly grimacing in pain at around the 80m mark.

The International Association of Athletics Federations confirmed the 37-year-old had been injured during the race but did not give further details.

American Mike Rodgers won the race in a time of 10.04 seconds.

The 2019 World Athletics Championships will be held in Doha between Sept. 27 and Oct. 6, with the 100m heats held on the opening day of competition.

Reporting by Simon Jennings in Bengaluru; Editing by Greg Stutchbury