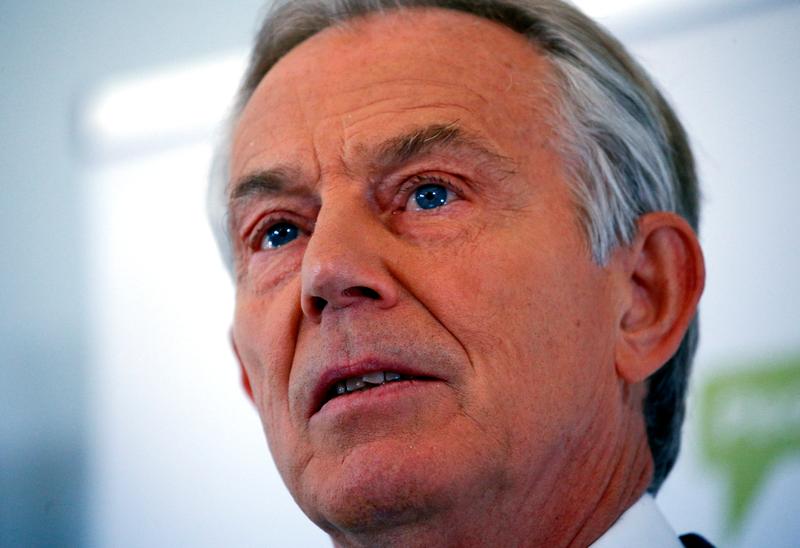 Labour leader Jeremy Corbyn “should see an election before Brexit is decided for the elephant trap it is,” he said.

Johnson has pledged to deliver Brexit on October 31 whether he agrees a new deal with the European Union or not.

Opposition lawmakers – and a contingent from Johnson’s Conservatives from Tuesday – will try to legislate this week to stop the possibility of no-deal.

Johnson has threatened to expel rebel Conservative lawmakers if they thwart his Brexit plans by voting with the opposition, a move that would eradicate his already slim majority and make his ability to govern very difficult.

He could then seek an election to break the deadlock.

House of Commons Leader Jacob Rees-Mogg has said rebel legislation would be considered a matter of confidence in the government.

Blair said the Brexiteers were laying a trap, “to seem as if pushed into an election, whilst actively preparing for one”.

“If the Government tries to force an election now, Labour should vote against it,” he said.

An election would be framed as a choice between Johnson delivering Brexit plus a populist Conservative program or turning the country, its economy and security over to Corbyn and his small group of acolytes from the far left, Blair said.

He said the challenge of an election before Brexit had been decided was “brutally clear”, and Corbyn’s poll ratings did not indicate he could win.