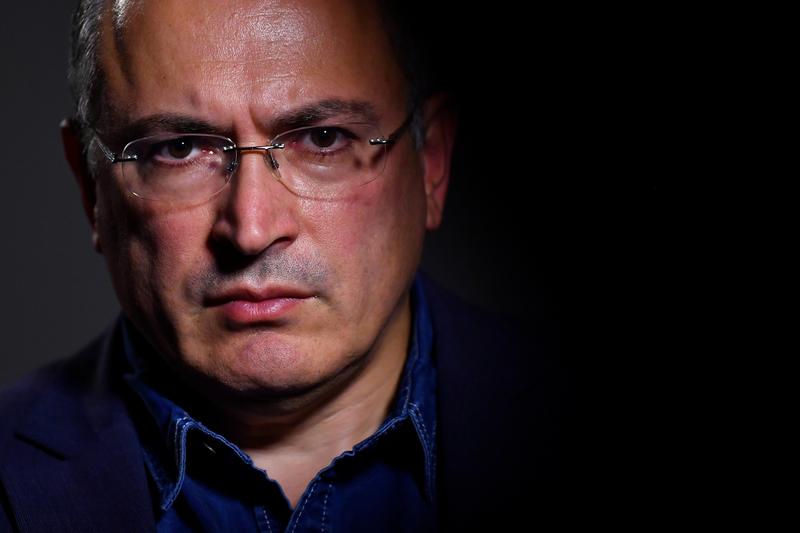 VENICE, Italy (Reuters) – Kremlin critic Mikhail Khodorkovsky hopes a new documentary film about his life chronicling his journey from being Russia’s richest man to an exiled dissident will open the West’s eyes to the nature of modern Russia.

FILE PHOTO: Mikhail Khodorkovsky, a former oil tycoon who fell foul of Vladimir Putin’s Kremlin, is seen during an interview with Reuters at his office in central London, Britain, August 13, 2018. REUTERS/Dylan Martinez/File Photo

The film, “Citizen K”, was made by Oscar-winning U.S. filmmaker Alex Gibney and premiered at the Venice Film festival this weekend. It was based on more than 24 hours of interviews that Khodorkovsky, who is now based in Britain, gave over a period of months.

It tells the story of Khodorkovsky’s dramatic 2003 arrest on an icy Siberian runway by armed men and his fall from grace, punishment for what he and his supporters believe was his interest in Russian politics and fighting corruption.

The bespectacled tycoon, then head of the now defunct Yukos oil company, went on to serve a decade in jail on fraud charges he says were politically motivated before being freed in 2013 after President Vladimir Putin pardoned him.

“Today’s Kremlin regime has learned the art of window dressing very well, but it’s important to understand that behind these beautiful windows there is not just an ordinary authoritarian state but a real mafia, which has taken over this state,” Khodorkovsky, 56, told Reuters.

“If we look at how these methods are applied in relation to the West, we will see corruption, blackmail, compromising materials and even violence. While negotiating with the current Russian regime the West should understand it’s dealing with a criminal organization.”

Russia, which rejects his criticism as false, has issued an international arrest warrant for Khodorkovsky, accusing him of ordering at least one successful contract killing in the 1990s, something Khodorkovsky denies.

Putin has said he regards the former businessman as a common thief, while Russian authorities have moved to curb the activities of Open Russia, a pro-democracy movement founded by Khodorkovsky.

“It seemed to me ideologically that he was one of us. A person who gets it and wants to push Russia in the same direction that we want to. That is towards openness, towards democracy,” said Khodorkovsky.

“Boy was I mistaken. He’s a very talented KGB guy.”

Despite living in Britain, Khodorkovsky said he “lived for Russia” and that it occupied his thoughts for 12 out of every 16 waking hours a day, adding that he and his supporters were acutely aware of the risks they ran.

“If the Kremlin decides to kill somebody, it is very difficult for this person to avoid this fate,” he said, a reference to allegations that Moscow has assassinated some of its critics abroad, a charge the Kremlin flatly rejects.

“I tell all my colleagues that the only thing we can do for you is to help you not to be forgotten, as I was not forgotten during 10 years in prison. But it will be difficult, or even impossible, to save you if anything happens.”

Additional reporting by Marie-Louise Gumuchian in Venice and Maria Stromova in Moscow; Writing by Andrew Osborn; Editing by Gareth Jones