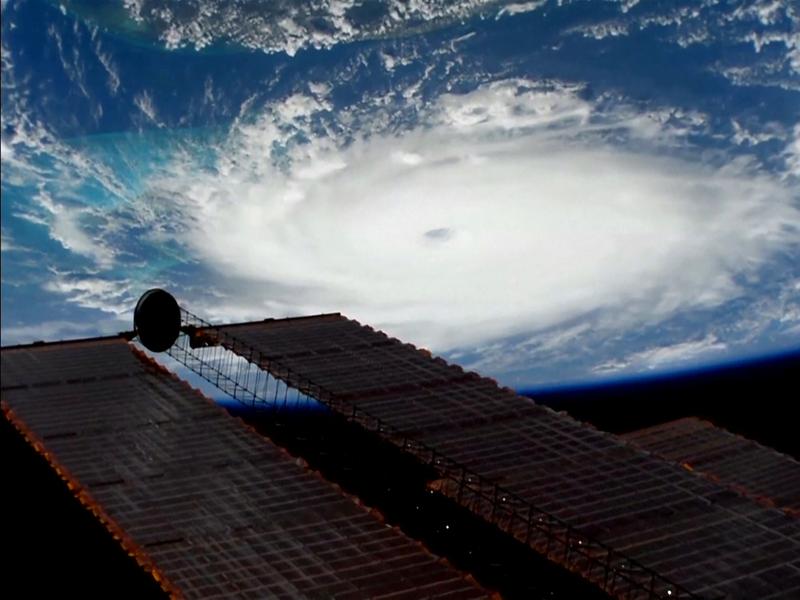 Titusville, Fla. (Reuters) – Hurricane Dorian battered the Bahamas on Monday, peeling off roofs and snapping power lines as rising floodwaters threatened to engulf houses, and was expected to edge closer to the U.S. coast, where more than a million people were ordered evacuated.

The second-strongest Atlantic storm on record, now packing maximum sustained winds of 165 miles per hour (270 km/h), was forecast to pound Grand Bahama Island through the day before veering northwest in the next day or so.

There were no immediate estimates of casualties as Dorian, a life-threatening Category 5 storm on the five-step Saffir-Simpson Wind Scale, covered the northwestern islands of Great Abaco and Grand Bahama with twisted metal and splintered wood. The Bahamas Press reported on Twitter that a 7-year-old boy had drowned in the northern Bahamas, becoming the first recorded fatality of Dorian.

Winds gusting up to 200 mph (320 kph) destroyed or damaged more than 13,000 homes, the International Federation of Red Cross and Red Crescent Societies said.

Residents posted images online of water rising up the side of their houses. The NHC warned of a possible storm surge that could push destructive waves higher than many roofs in the islands.

As of 8 a.m. EDT (1200 GMT), Dorian was stalled over the Grand Bahama Island barely drifting westward at 1 mph, according to the NHC, which said a prolonged period of “catastrophic winds and storm surge” would affect the island today.

It was about 120 miles (190 km) from the Florida coast, where residents said they were already experiencing strong winds and high surf.

“This looks like it could be larger than all of them,” Trump said during a briefing with the Federal Emergency Management Agency (FEMA) on Sunday.

Julia Eaddy, 70, in Titusville, about halfway up Florida’s east coast, said she and her husband had ridden out several hurricanes before and were not fazed by the forecast. “I think it will be more of the same,” she said.

Several gasoline stations around Titusville were closed. Many grocery stores were open but boarded up. Inside, shelves emptied out fast.

Evacuations ordered in Florida included 14,000 people in St. Augustine. Authorities said they would release more details during the day as the hurricane’s path became clearer.

Hurricane Dorian is viewed from the International Space Station September 1, 2019 in a still image obtained from a video. NASA/Handout via REUTERS

Although Dorian is expected to weaken gradually, forecasters said it likely would remain a powerful hurricane for the next couple of days.