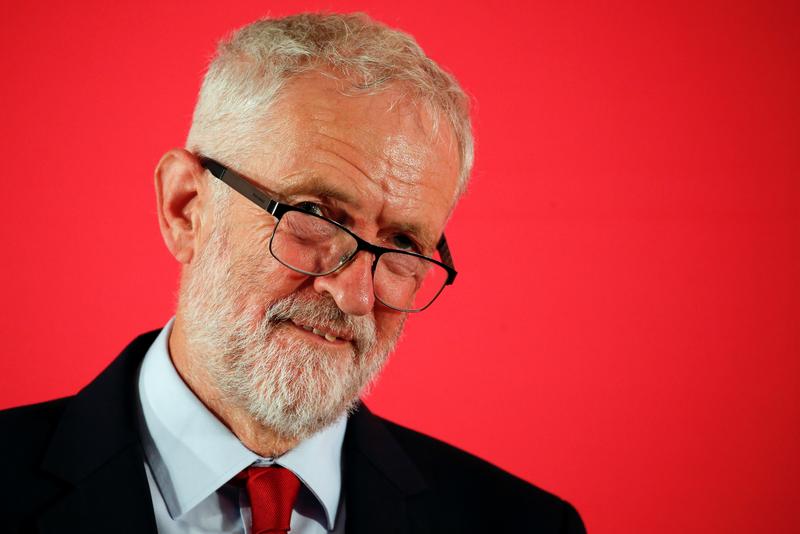 In a wide-ranging speech which did little to dampen expectations that an election could be called soon, Corbyn said his party would do everything it could to stop Johnson from leading Britain out of the European Union without an agreement.

That meant his party would support “legislative moves” to prevent a no-deal Brexit in parliament on Tuesday, in what he described as possibly the last chance for lawmakers to stop a “disastrous” exit from the EU for Britain.

In a critical week for the future of Brexit, Britain’s biggest shift in trade and foreign policy for more than 40 years, Corbyn denied that there was an “either/or” decision on backing parliamentary moves or pressing for an election.

“We will do everything we can in the coming weeks to prevent a no deal. We want a general election so that the people of this country can decide their future,” Corbyn told an audience of Labour’s top policy chiefs and local politicians in Salford, northern England.

“A vote of no confidence is very much there on the table, it’s not an either or, both options are absolutely there.”

With the future of Britain’s 2016 decision to leave the EU more unclear than ever, both the governing Conservative Party and Labour have been preparing for a possible early election to try to overcome deep Brexit divisions in parliament.

Johnson, who became prime minister last month, upped the ante when he moved to reduce the amount of time lawmakers will have to try to prevent a no-deal Brexit.

His threat to kick out anti-no deal Conservative lawmakers who vote against his government has only heightened the tensions and increased the possibility of an election.

“We say this is an attack on democracy which will be resisted … The people will not allow a phony populist cabal in Downing Street in hock to the vested interests of the richest to deny them their democratic voice,” Corbyn said.

“In that election, Labour will give people the chance to take back control and have the final say in a public vote with credible options on both sides including the option to remain.”