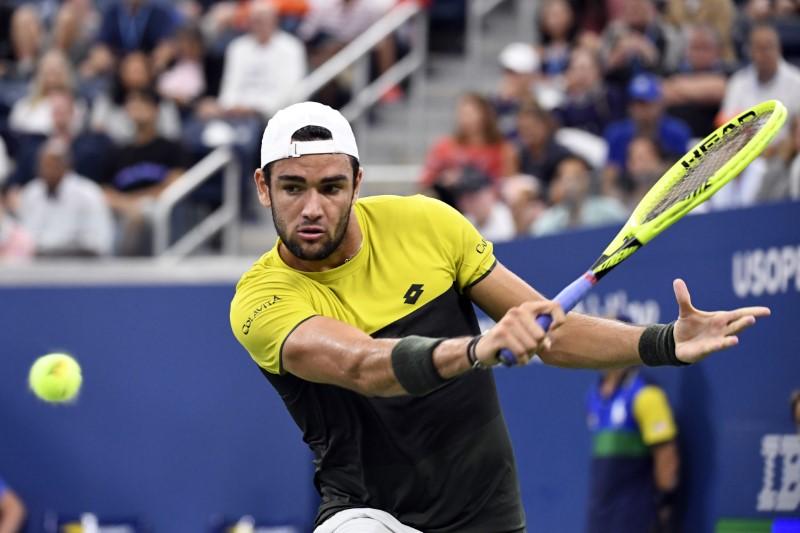 Berrettini, seeded 24th, made use of his big forehand throughout the match, hitting 17 forehand winners on the Louis Armstrong Stadium court.

“My weapons were really good today,” said Berrettini who hit a total of 37 winners. “I was mixing up my tennis.”

The 43rd-ranked Rublev, with wins against Swiss pair Roger Federer and Stan Wawrinka in Cincinnati last month, went into Monday’s match as the slight favorite.

But the Russian struggled with his first serve through most of the match, managing to get only 56% of first serves in and losing 67% of those he landed.

(This story has been refiled to fixes lit in headline and last para.)