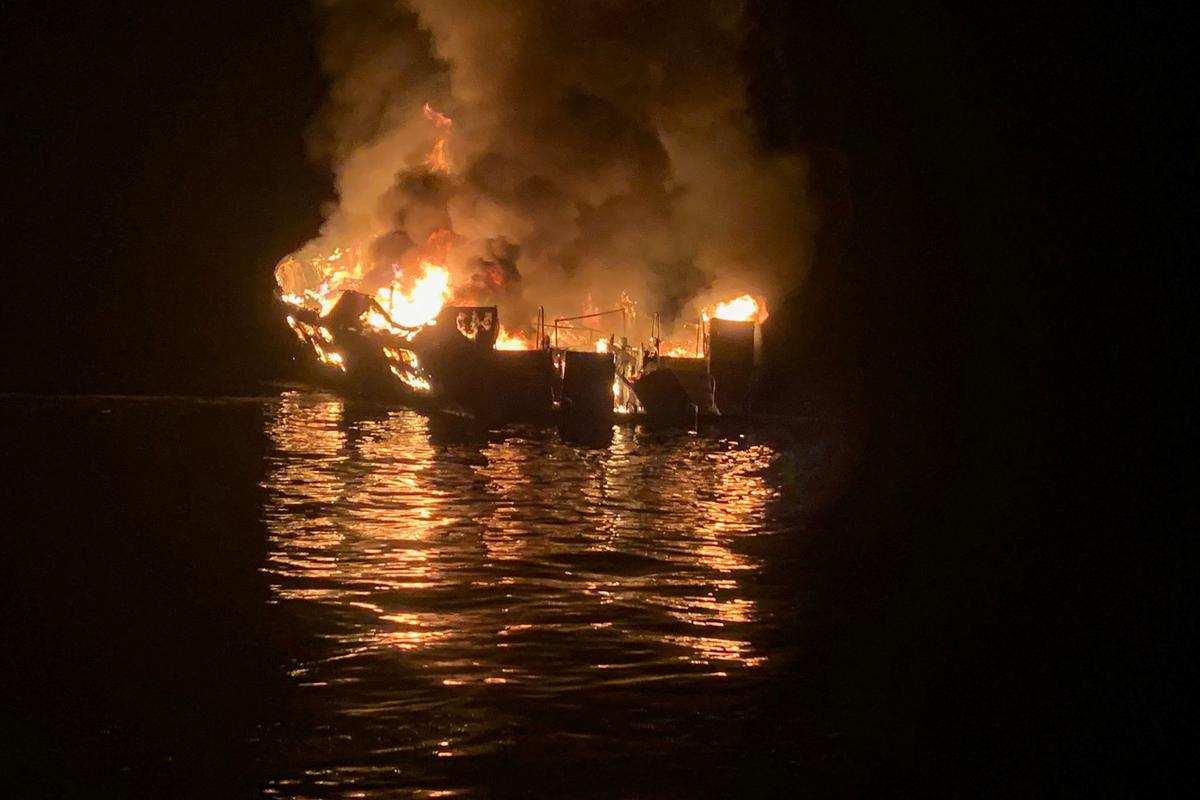 SANTA BARBARA, Calif. (Reuters) – Four bodies were recovered on Monday from a predawn fire that sank a scuba diving boat off a Southern California island and four other bodies were discovered on the ocean floor near the vessel, Santa Barbara County Sheriff Bill Brown said.

The boat had nearly 40 people on board when the fire erupted, Brown said.

The fire broke out aboard the Conception, a 75-foot (23-meter) boat, at about 3:15 a.m. while it was moored just off the shore of Santa Cruz Island, the U.S. Coast Guard said in a statement.

Five crew members aboard escaped the fire while the passengers slept in the ship’s lower quarters, officials said.