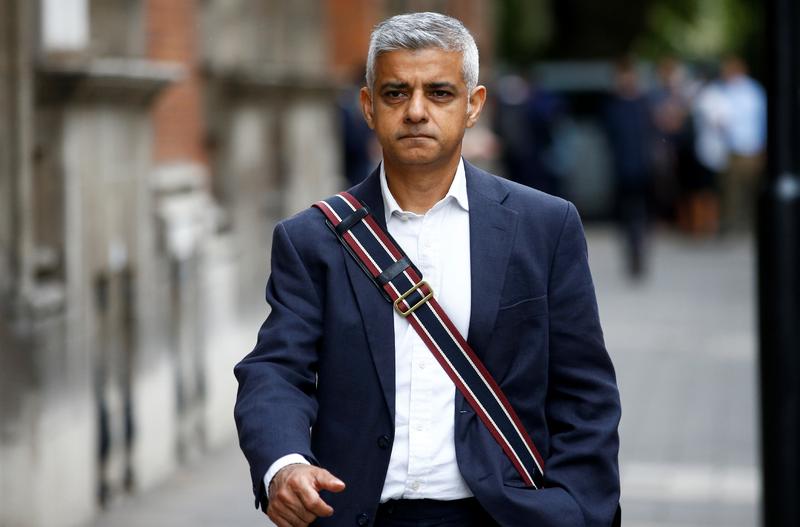 Khan, a Muslim of Pakistani heritage, was speaking at an event in Poland with other world leaders to commemorate the 80th anniversary of the start of the 1939-1945 conflict.

“Are we living through times now similar to the 1930s? Because if you look at the 1930s, what happened – the rise of charismatic leaders using the power of hatred to divide communities and to pick on the other,” Khan said.

U.S. President Donald Trump cancelled his visit to Warsaw at the last minute, saying he had to stay in the United States as hurricane Dorian was expected to hit Florida. Vice President Mike Pence attended ceremonies.

“Look at the language of Donald Trump and some other leaders who are winning elections across Europe, from Hungary to Poland, to France, to Italy, to the UK. They say Islam and the West are incompatible,” said Khan, who has repeatedly clashed with Trump.

Trump called Khan a “stone-cold loser” earlier this year after the mayor criticized the British government for inviting the U.S. president for a state visit. Khan had also compared Trump to 20th century fascists.

Poland’s nationalist Law and Justice (PiS) party took power in 2015 after a campaign in which it drummed up fears of immigrants from Middle East countries. Ahead of elections planned for October, it is now vowing to defend the country against “LGBT ideology”.

Khan said in Gdansk that events like Brexit were caused by politicians seeking to play on people’s fears rather than addressing them.