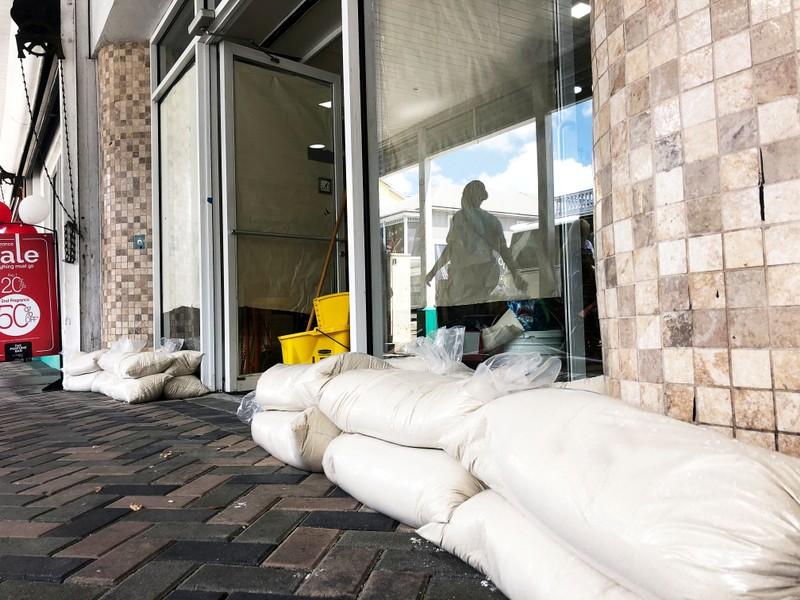 (Reuters) – Tourists scrambled to leave the Bahamas on Friday as Hurricane Dorian approached its northwestern islands of Grand Bahama and Abaco, eager to take off before the international airport was to shut down at 10 p.m.

Grand Bahama and Abaco are hubs for the Bahamas’ thriving tourism industry. The archipelago nation owes nearly 30% of its direct gross domestic product and half of its jobs to the industry, Joy Jibrilu, director general of the Ministry of Tourism, said in an interview.

“Anything that could derail that is really very concerning,” Jibrilu said.

The country is “still reeling” from Hurricane Matthew, which ripped into the Bahamas in 2016, she added, noting that some hotels took years to make repairs.

Pauline Powell, from Dublin, had planned to stay on vacation in Grand Bahama through Sunday, but left for London early when the storm picked up. Powell, 26, said the staff at her hotel, Island Seas Resort, had already boarded up first- and second-floor windows when she headed to the airport Friday morning.

“Almost everyone has left or is leaving today by ferry or plane,” Powell said.

Locals were left to seal up their homes and businesses before the storm’s expected arrival this weekend.

“We’ve been through it before, so we know how to prepare,” said Grand Bahama chocolate shop owner Amanda Ormerod, who was busy storing paperwork, covering machinery and eating her perishable ice cream sandwiches.

Jibrilu of the Tourism Ministry stressed that guests do not need to leave the Bahamian capital of Nassau or nearby Paradise Island, which are not expected to experience hurricane conditions.

In 2017, the Bahamas tourism industry sagged when hurricanes Irma and Maria cut a deadly path across the Caribbean, though they largely spared the archipelago. The World Travel and Tourism Council said the two storms caused an estimated drop of 826,100 visitors across the region.