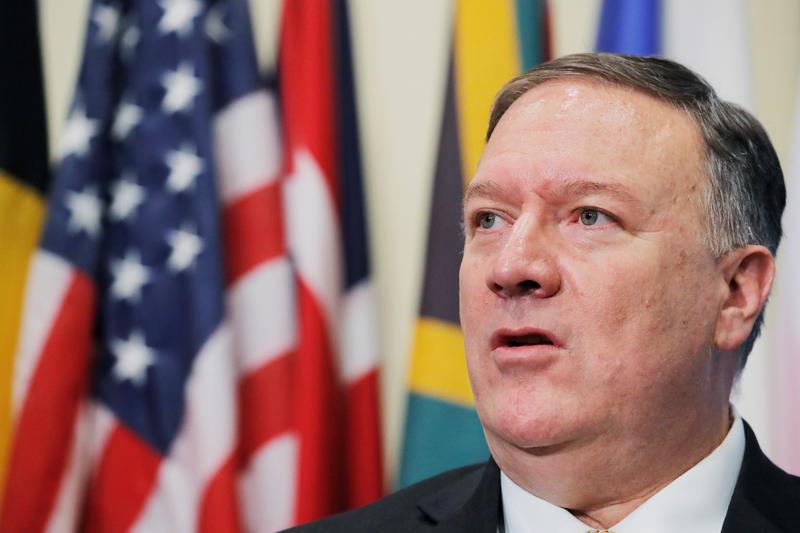 “We recognized that North Korea’s rogue behavior could not be ignored,” Pompeo said on Tuesday, while speaking at the American Legion National Convention in the state of Indiana.

Pompeo’s comment was unreasonable and provocative, Choe said, according to the news agency.

“Pompeo has gone so far in his language and it made the opening of the expected DPRK-U.S. working-level negotiations more difficult,” Choe said in statement.”

Choe also warned that North Korea’s expectations of talks with the United States are gradually disappearing and the country is being pushed to reexamine all measures.

“The U.S. had better not put our patience to the test any longer with such remarks irritating us if it doesn’t want to have bitter regrets afterwards,” Choe said.

North Korea has stepped up its criticism of Pompeo lately, calling him a “diehard toxin”, and casting doubt on attempts to restart talks

Negotiations aimed at dismantling the North’s nuclear and missile programs have stalled since a failed second summit between U.S. President Donald Trump and North Korean leader Kim Jong Un in the Vietnamese capital of Hanoi in February.

Trump and Kim met again in June at the inter-Korean border and agreed to reopen working-level negotiations, but that has not happened.

Since the Vietnam summit, North Korea has demanded that Pompeo be replaced with a “more mature” person, while lauding the rapport built between Kim and Trump.

North Korea has fired a series of short-range missiles in recent weeks in protest against U.S.-South Korea joint military exercises and the adoption of new weapons, complicating the reopening of the talks.