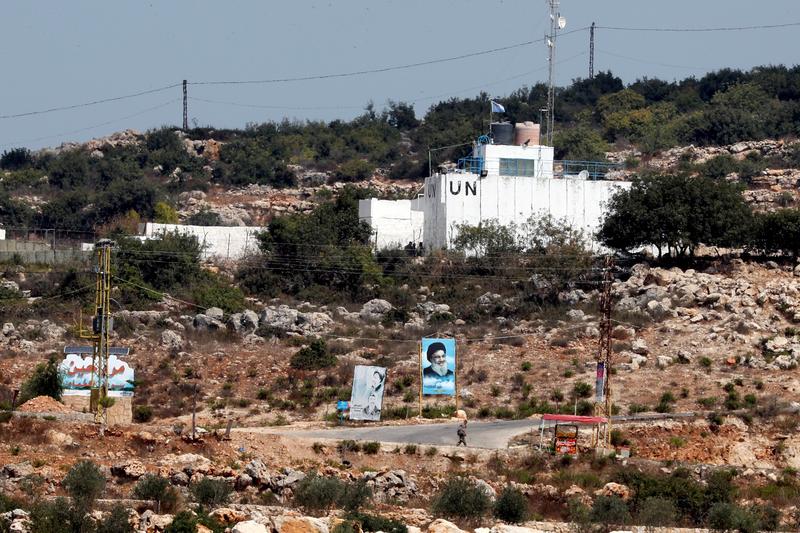 FILE PHOTO: A banner depicting Hezbollah leader Sayyed Hassan Nasrallah and an United Nation’s post are seen in Lebanon from the Israeli side of the border, near Zar’it in northern Israel August 28, 2019. REUTERS/Ammar Awad/File Photo

BEIRUT (Reuters) – Hezbollah has enough precision-guided missiles in Lebanon for any confrontation with Israel, the Iran-backed movement’s leader said on Saturday, denying Israeli claims that the group harbors facilities to build the weapons.

Sayyed Hassan Nasrallah said drones like the ones used in an attack in Beirut’s suburbs, which he blames on Israel, open the door to assassinations if left unanswered.