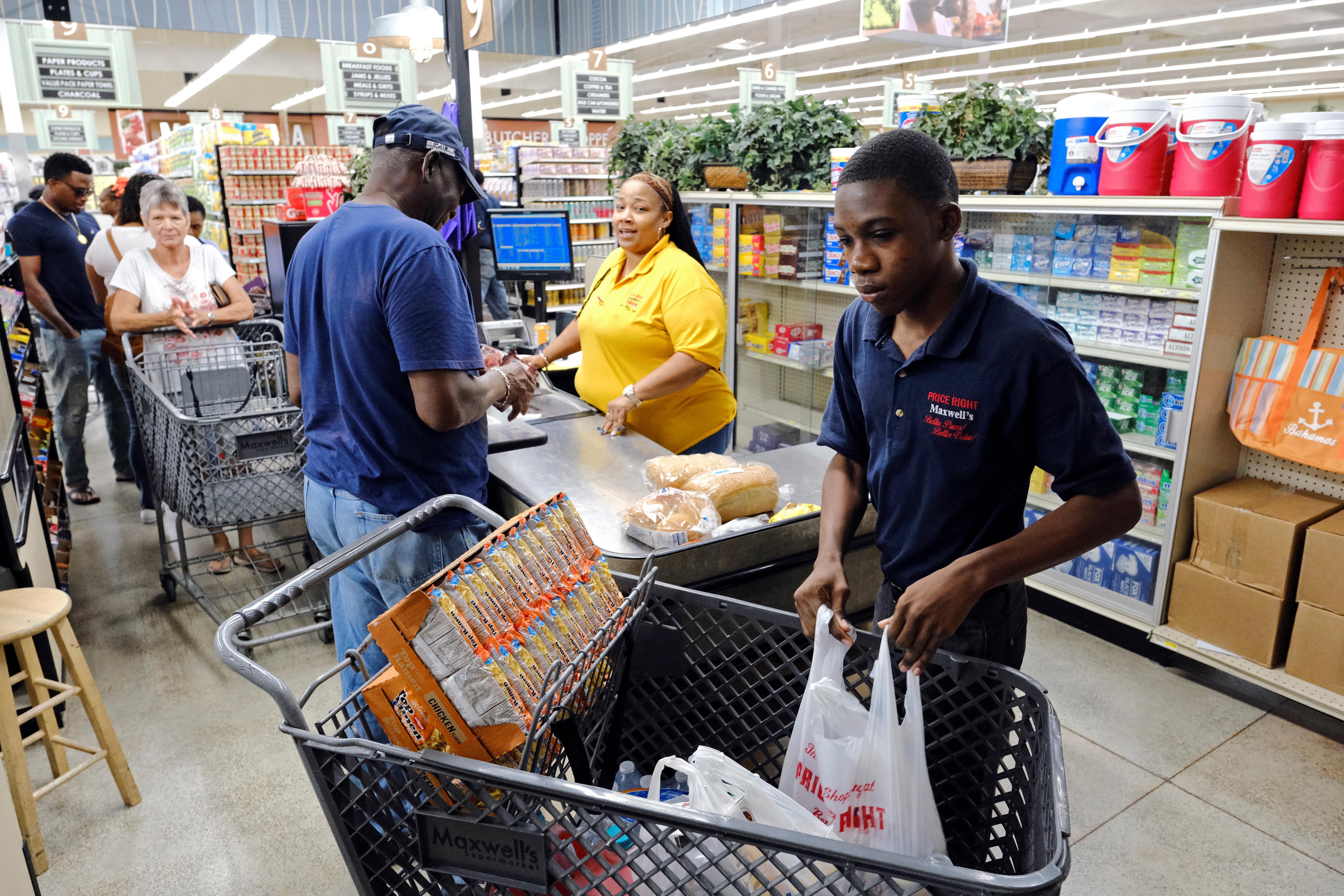 JACKSONVILLE. FL. (Reuters) – Hurricane Dorian spun west on Saturday, putting Georgia and the Carolinas in the path of a possible landfall as well as Florida, where some beaches were all but deserted on the holiday weekend as visitors braced for the dangerous category 4 storm.

The Miami-based National Hurricane Center said there had been a “notable change” since Friday night, with the latest forecasts showing the eye of the storm could veer north and stay out at sea.

But it warned that its course remained unpredictable. Dorian still poses a threat to millions of people, as well as holiday attractions such as Walt Disney World, the NASA launchpads along the Space Coast, and even President Donald Trump’s Mar-a-Lago resort in Palm Beach.

The NHC said Dorian was packing maximum sustained winds of 150 mph (240 kph) and was expected to pass north of the southeastern and central Bahamas on Sunday and be near Florida’s east coast late Monday through Tuesday.

Of immediate concern were Bahamas tourist hotspots Great Abaco and Grand Bahamas, where up to two days of hurricane-force winds were set to start on Sunday as Dorian slowed to a 2 mph (3.2 kph) crawl.

“This is a very dangerous situation for the Bahamas,” NHC Director Ken Graham said in a Facebook Live video.

After so much focus on a possible Florida landfall, Graham said other southeast U.S. states now had to be on alert.

“Georgia, North Carolina and South Carolina have got to pay attention as well,” he said.

The governors of Florida, Georgia and North Carolina have all declared states of emergency.

On Florida’s east coast, popular surfing spot Cocoa Beach was quiet as tourists stayed away, while locals worked on putting up hurricane shutters and buying supplies ranging from water to power generators.

“It’s pretty slow, there’s not many people on the beach,” said Alex Hendricks, a saleswoman at the Cocoa Beach Surf Company.

In the Bahamas, most tourists who planned to leave had already gone after Freeport’s international airport was scheduled to shut down at 10 p.m. on Friday.

The NHC urged Florida residents to remain on alert.

“It should be noted that the new forecast track does not preclude Dorian making landfall on the Florida coast, as large portions of the coast remain in the track cone of uncertainty,” the center cautioned on Saturday.

Trump said South Carolina, North Carolina and Georgia could all be hit harder by the storm than had been previously expected.

“It’s moving around and very hard to predict, except that it is one of the biggest and strongest (and really wide) that we have seen in decades. Be safe!” Trump wrote on Twitter.