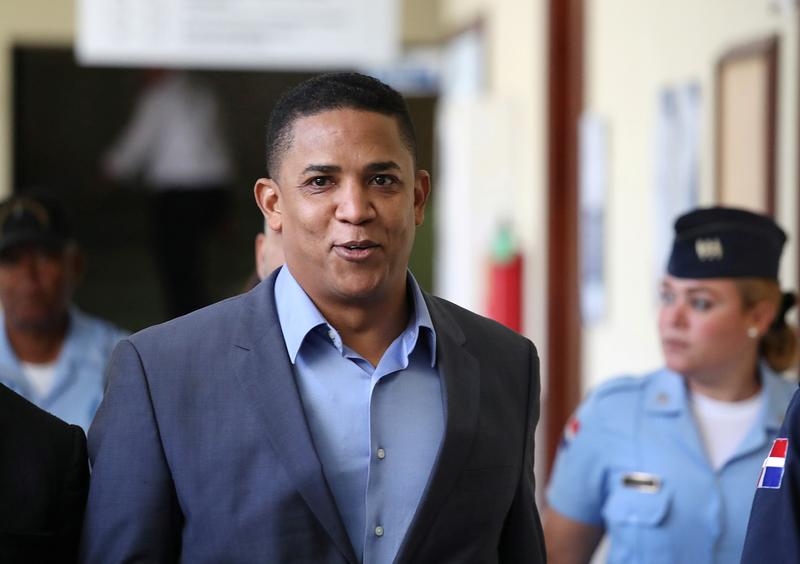 FILE PHOTO: Former MLB player Octavio Dotel, who is suspected of being involved in a drug trafficking gang allegedly run Cesar Emilio Peralta, is released on bail by the court after being detained for nine days in Santo Domingo, Dominican Republic, August 29, 2019. REUTERS/Ricardo Rojas

MEXICO CITY (Reuters) – The attorney general’s office of the Dominican Republic said on Friday that it had dropped charges against former Major League Baseball player Luis Castillo after the pitcher presented evidence in his favor.

“The prosecution and the judges have done their jobs and everything has been cleared up,” Castillo told reporters.