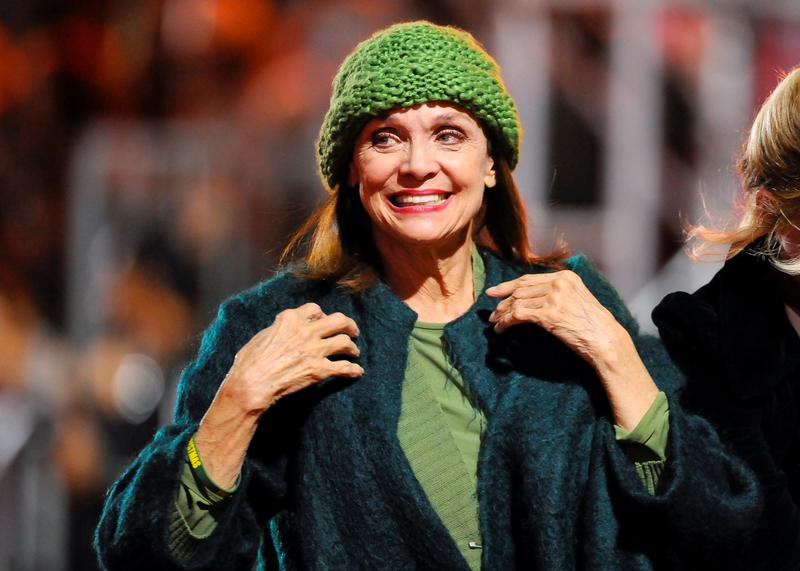 (Reuters) – Actress Valerie Harper, who won four Emmy awards playing budding feminist Rhoda Morgenstern on “The Mary Tyler Moore Show” and her own sitcom, died on Friday at the age of 80.

Harper’s husband, Tony Cacciotti, said in July that doctors advised that the actress, who was suffering from brain cancer, be placed in hospice care.

Harper had revealed to People magazine in March 2013 she had leptomeningeal carcinomatosis – cancer cells in the membrane of her brain.

She made a surprising comeback after the 2013 diagnosis, which had given her only months to live. Just seven months later she competed on the “Dancing With the Stars” show and in 2015 made an appearance on the sitcom “2 Broke Girls.”

Harper, who also was diagnosed with lung cancer in 2009, stayed busy campaigning for cancer research and taking occasional acting and voice-over jobs as recently as 2019.

She won three straight Emmys for best supporting actress in a comedy on Moore’s show – 1971 through 1973 – and in 1974 Time magazine featured the two of them in a cover story titled “TV’s Funny Girls.”

That same year “Rhoda” was given her own show, which ran for five years and earned Harper another Emmy for best actress in a comedy in 1975.