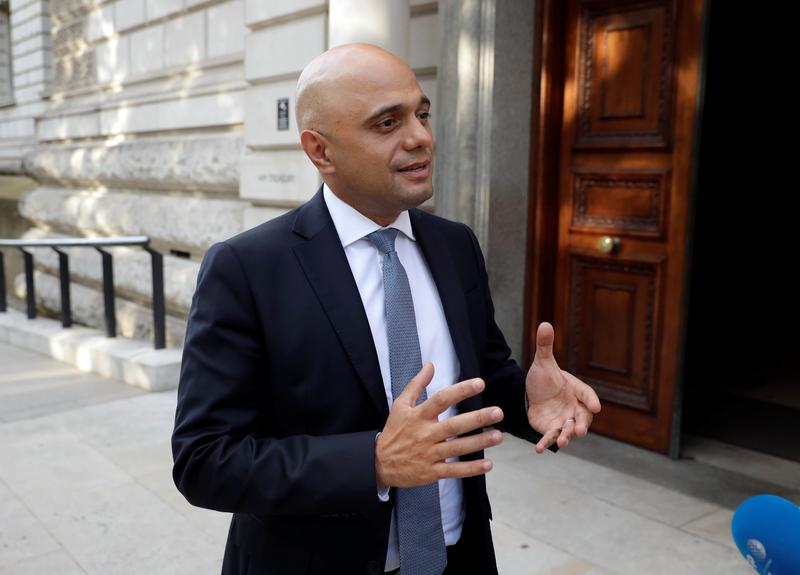 LONDON (Reuters) – British finance minister Sajid Javid has challenged Prime Minister Boris Johnson over the dismissal of an aide by Johnson’s top advisor which has caused tension between the government’s two most powerful men, media said.

FILE PHOTO: Britain’s new Chancellor of the Exchequer Sajid Javid speaks to the media as he arrives at the treasury in London, Britain, July 24, 2019. Matt Dunham/Pool via REUTERS

The Financial Times said on Friday that Javid was “livid” about the firing on Thursday of his press aide by Dominic Cummings, who was looking into whether government officials had helped opponents of Johnson’s Brexit plans.

“He’s absolutely furious,” the newspaper quoted a colleague of Javid’s as saying. “He doesn’t consider the matter closed.”

Javid had not threatened to resign but his relationship with Johnson had been compromised, the FT said.

Other newspapers also reported tensions between Javid and Johnson over the dismissal and other incidents which came as Britain’s government is preparing for Brexit on Oct. 31 and is trying to move ahead with a new domestic agenda too.

Javid is due to announce a one-year government spending plan on Wednesday with a focus on more funding for education, health and the police. Johnson announced details of the increase in schools spending on Friday.

Earlier this week, a speech that Javid planned to give to outline his economic programme was cancelled at short notice.

An official in Johnson’s office said he could not comment about any meeting between the two men on Friday but said they were working closely on a series of policies.

“I have not seen a hint of any difference between them on those issues,” the official said.

No one was immediately available for comment at the finance ministry.