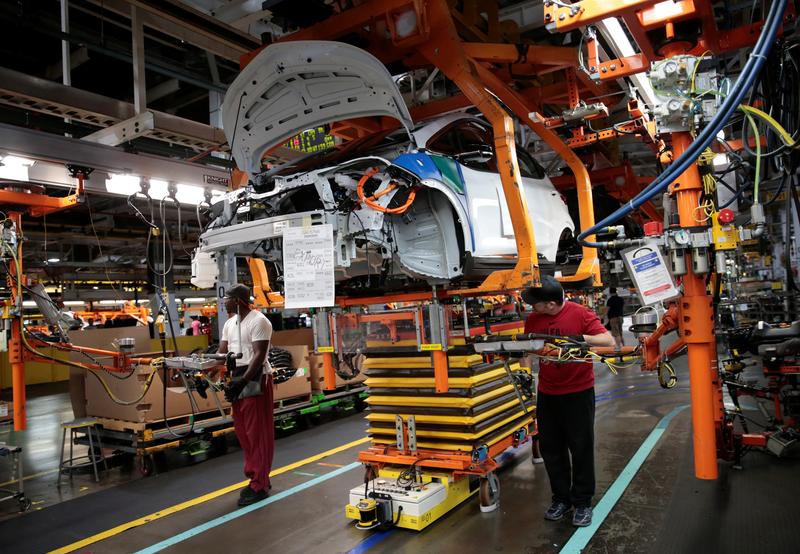 SAN FRANCISCO/WASHINGTON (Reuters) – A decline in economic activity in the U.S. Midwest, apparent in a little-noticed report on Friday from the Chicago Federal Reserve Bank, adds to evidence of slowing growth in factory-heavy corners of the country key to next year’s U.S. presidential election.

Republican U.S. President Donald Trump won the White House three years ago in large part by carrying three swing states that will be critical in the November 2020 election: Wisconsin, Michigan and Pennsylvania.

But as he has ramped up tariffs on Chinese imports in an effort to force the world’s second-biggest economy to sign a trade deal more beneficial to the United States, he has added to a global slowdown that is crimping demand for U.S. exports.

And swing states are feeling the effects.

Business activity in five Midwestern states including Michigan and Wisconsin tracked at slower than its historical average for the fourth month running in July, the Chicago Fed’s Midwest Economic Index showed Friday.

The decline, the longest stretch in three years, was driven by a slowdown in the manufacturing sector, said Chicago Fed economist Thomas Walstrum.

A manufacturing survey by the Philadelaphia Fed released earlier this month, covering the key swing state of Pennsylvania, meanwhile, showed a possible turn in job growth, an area of strength for the U.S. economy nationally.

Though the regional Fed survey pointed to continued overall growth in manufacturing, the number of firms cutting jobs jumped to 21% compared with 6% in the July survey. The number of firms adding workers fell from 36% to around 25%.

In the Midwest, the slowdown caught by the Chicago Fed’s index does not mean a recession is underway, Walstrum said, but “it’s teasing us.”

And if the United States and China continue to ratchet up tariffs on each other’s goods, he said, “you’d continue to expect downward pressure” on the states in the index, which also covers activity in Illinois, Indiana and Iowa.

For a graphic, please see here

Fed policymakers are watching such data closely as they gear up for a September interest rate-setting meeting when they will decide whether the U.S. economy needs another dose of stimulus to keep it growing despite trade uncertainty and worries that economic weakness in Germany and China will continue to weigh on U.S. companies.