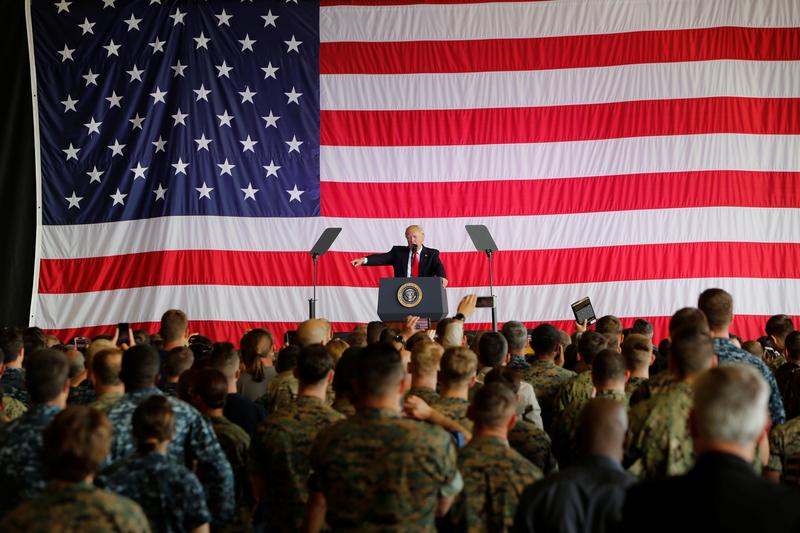 (Reuters) – Children born to U.S. citizens stationed abroad as government employees or members of the U.S. military will no longer qualify for automatic American citizenship under a policy change unveiled on Wednesday by the Trump administration.

Effective Oct. 29, parents serving overseas in the U.S. armed forces or other agencies of the federal government would need to go through a formal application process seeking U.S. citizenship on their children’s behalf, the policy states.

Currently, children born to U.S. citizens stationed by their government in a foreign country are legally considered to be “residing in the United States,” allowing their parents to simply obtain a certificate showing the children acquired citizenship automatically.

But an 11-page “policy alert” issued by U.S. Citizenship and Immigration Services (USCIS) said the agency found the prevailing policy to be at odds with other parts of federal immigration law. Beyond that, the rationale for the policy change remained unclear.

“USCIS is updating its policy regarding children of U.S. government employees and U.S. armed forces members employed or stationed outside the United States to explain that they are not considered to be ‘residing in the United States’ for purposes of acquiring citizenship,” the memorandum said.

The number of government and military personnel affected by the change was not immediately known, but the revised policy sparked immediate consternation on the part of some organizations representing members of the armed forces.

“Military members already have enough to deal with, and the last thing that they should have to do when stationed overseas is go through hoops to ensure their children are U.S. citizens,” said Andy Blevins, executive director of the Modern Military Association of America.

He urged Congress to take action to address the situation to “ensure our military families don’t suffer the consequences of a reckless administration.”​