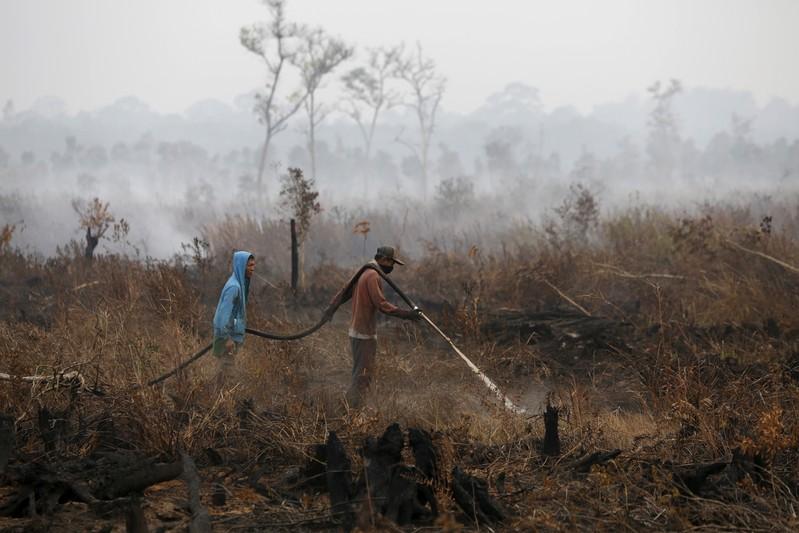 The Ministry of the Environment and Forests is also investigating 24 other companies on Borneo and Sumatra island in connection with fires in their concession area, Rasio Ridho Sani, the ministry’s director general for law enforcement, told reporters.

“Previously, we focused more on bringing suspects to civil courts and giving administrative sanctions. But with the forest fires still taking place in 2019, we are using criminal instruments more intensively,” Sani said.

Sani identified the three companies designated as suspects by their company initials, SKM, ABP and AER.

The burning of forests has become hugely contentious, partly because if can send a heavy haze over other parts of Southeast Asia, raising fears about health and scaring off tourists.

The destruction of forests to make way for plantations is also threatening the survival of wildlife such as orangutans.

Fires are burning on combined area of 4,700 hectares (11,614 acres) in the concessions awarded to the three suspect companies and the 24 other companies linked to forest fires, Sani said.

The ministry has also sent warnings to 210 other companies regarding fire in their concession area, he added.

In the January-July period this year 135,747 hectares of land has been burned across the country, compared with to 72,115 hectares in 2018, the ministry said.

The European Commission said this year that palm oil should be phased out from transport fuel in the bloc after it concluded that it causes deforestation.