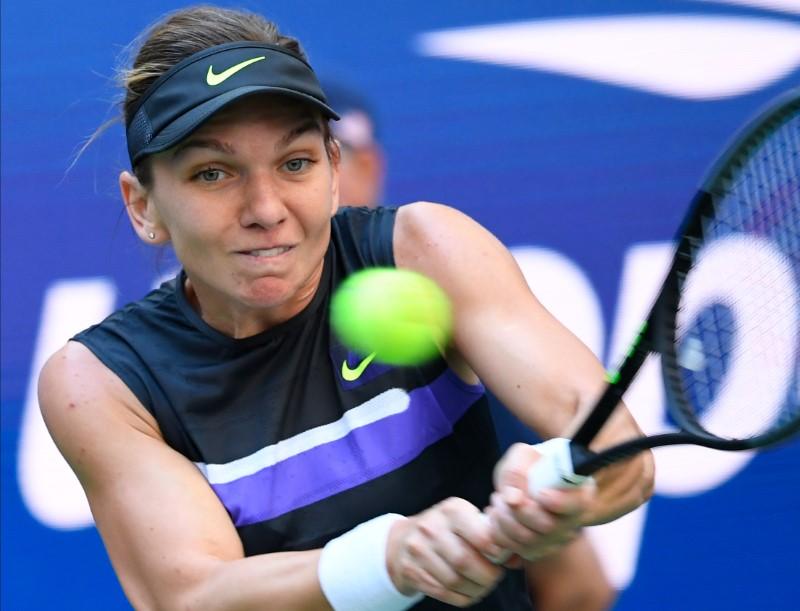 Halep, who fell in the first round here in the last two years, managed to fight off a pair of match points in the 10th game of the decider but Townsend’s aggressive play at the net carried her home.

“I’ve had some really close matches this year and haven’t been able to get over the hump,” Townsend said after earning her first victory over Halep from four meetings and the biggest win of her career.

“When I’ve played her before I was just trying to make balls. I think I played not to lose and today I played to win. I just said, ‘eff it.’ I don’t really think I can say what was going on in my head (because of) the TV.”

Townsend used an aggressive, net-rushing style of play to kept the pressure on Halep, who grew more and more frustrated as she was unable to come up with the necessary passing shots.

Halep arrived at Flushing Meadows looking to become the first woman since Serena Williams in 2012 to follow a Wimbledon win with a U.S. Open triumph but simply had no answer for Townsend’s net game.

The 23-year-old American, who arrived on the Arthur Ashe Stadium court having never won a set against Halep, claimed 64 of the 106 points she played at the net to secure her first career win over a top 10 player.

Up next for Townsend in her first third round appearance at the U.S. Open, will be another Romanian, Sorana Cirstea, who beat Spain’s Aliona Bolsova earlier on Thursday.