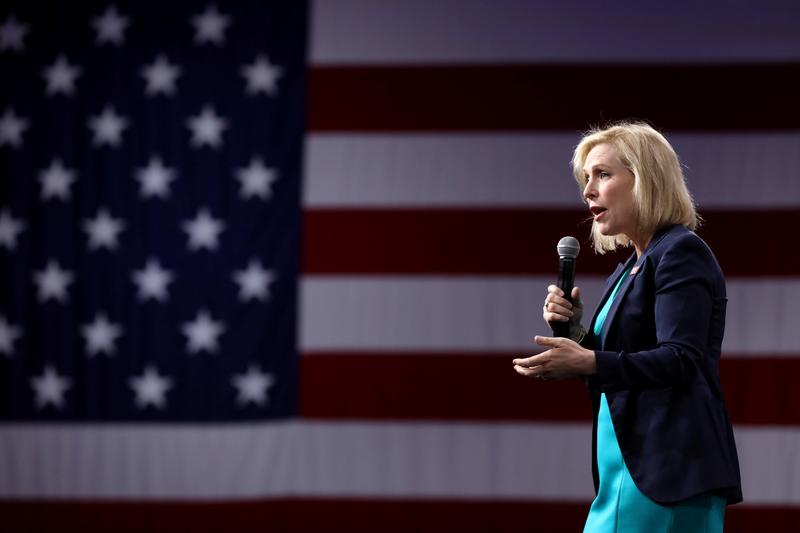 WASHINGTON (Reuters) – U.S. Senator Kirsten Gillibrand, who ran a presidential campaign centered on advocacy for women, ended her bid for the 2020 Democratic nomination on Wednesday after failing to gain traction in opinion polls or qualify for next month’s debate.

The move did not come as a surprise. Gillibrand, 52, languished below 1 percent in polls and struggled to raise money in a packed field.

“After more than eight months, and with clarity that she will not have access to the September debate stage, Senator Kirsten Gillibrand is suspending her campaign for president today,” her campaign manager, Jess Fassler, wrote in a memo distributed to the media on Wednesday.

Gillibrand, a senator from New York since 2009, is the latest in a spate of Democrats to end their campaigns in the past month after failing to make headway. Her departure leaves 20 Democrats vying to challenge Republican President Donald Trump in the November 2020 election.

“I know this isn’t the result we wanted. We wanted to win this race. But it’s important to know when it’s not your time, and to know how you can best serve your community and country,”

Gillibrand did not make an endorsement with her exit but told the New York Times she would do so at some point. She suggested she would like to see a woman win the nomination.

“I think that women have a unique ability to bring people together and heal this country,” Gillibrand told the Times, saying: “I think a woman nominee would be inspiring and exciting.”

But she added: “I will support whoever the nominee is, and I will do whatever it takes to beat Trump.”

To earn a spot in the September debate, candidates had to draw at least 2% support in four national or early voting state polls, and have 130,000 unique donors, including 400 in 20 states. Gillibrand’s failure to qualify for the debate likely would have had a significant impact on her already dire financial position.

“Moving forward, Kirsten will focus on uniting our party and our country to beat Donald Trump, flip the Senate and elect women up and down the ballot,” Fassler wrote in the memo.

Not long after Gillibrand left the race on Wednesday, Trump mocked her on Twitter.

“A sad day for the Democrats, Kirsten Gillibrand has dropped out of the Presidential Primary,” the president wrote. “I’m glad they never found out that she was the one I was really afraid of!”

Trump may have been mindful of Gillibrand holding a rally outside Trump Tower in Manhattan in March just after formally entering the race.

U.S. Senator Bernie Sanders, another presidential aspirant, praised Gillibrand on Twitter, calling her “a forceful voice against Donald Trump and all he represents.”

At the most recent Democratic debate in Detroit in July, Gillibrand tried to raise her profile by assailing the front-runner, former Vice President Joe Biden, for his stance toward the federal child-tax credit in the 1980s. Biden rebuffed her by saying she was being politically opportunistic, and Gillibrand saw no bump in the polls from the exchange.

Gillibrand was also dogged in some Democratic circles for her role in forcing popular Democratic U.S. Senator Al Franken from the Senate in 2017 over allegations of improper conduct toward women. Gillibrand has since said she did not regret her actions.

She is known in the Senate for spearheading efforts to change how Congress handles allegations of sexual harassment and, beyond the Franken episode, became a prominent voice in the #MeToo movement.