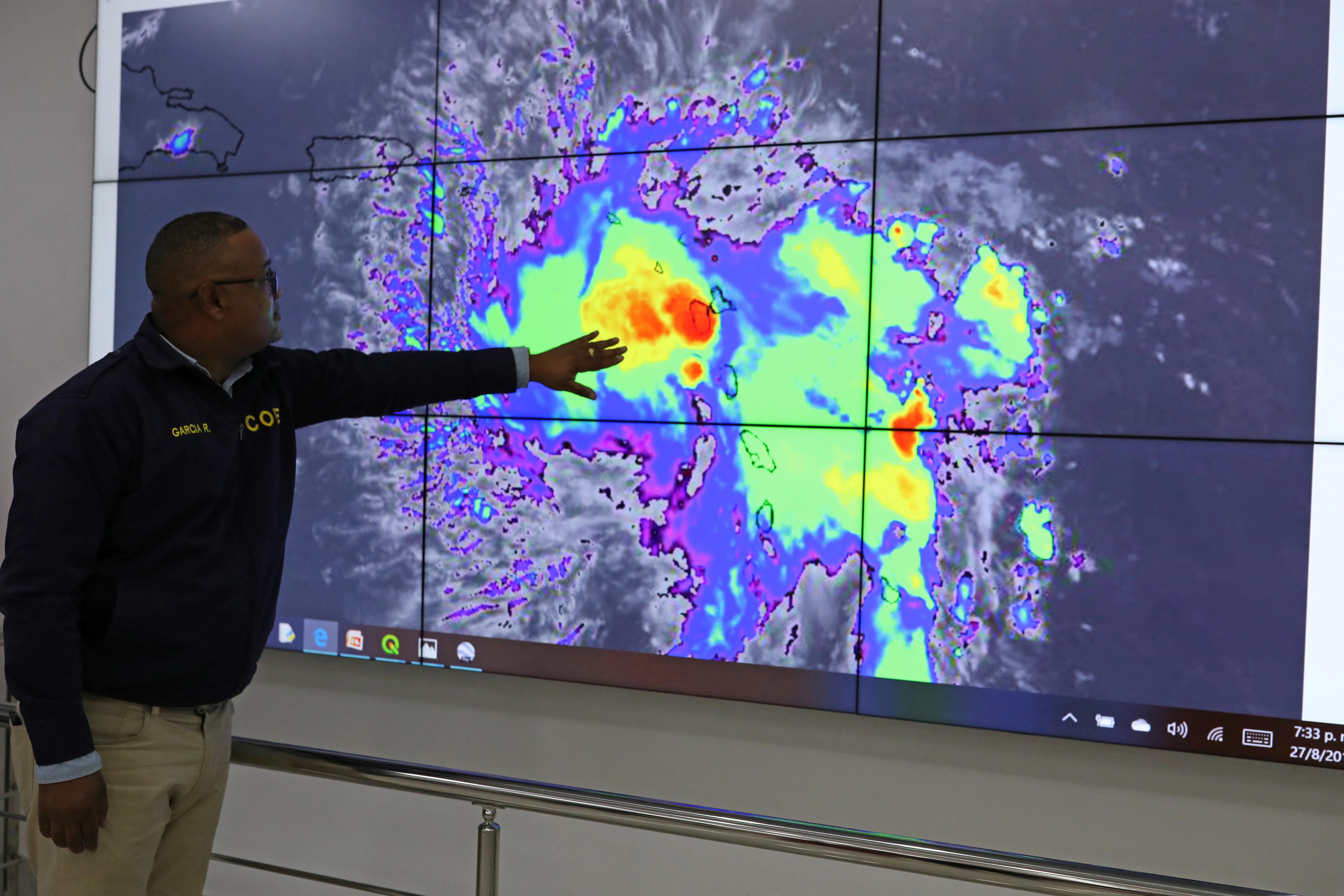 BRIDGETOWN, Barbados (Reuters) – Tropical Storm Dorian churned toward Puerto Rico and the Dominican Republic on Tuesday and was expected to be close to hurricane strength when it nears the islands on Wednesday.

In anticipation of the storm, U.S. President Donald Trump declared a state of emergency late on Tuesday for Puerto Rico, a U.S. territory that was devastated by Hurricanes Irma and Maria in September 2017, the White House said in a statement.

The declaration allows for the Federal Emergency Management Agency to provide assistance in coordination with disaster preparedness efforts on the island.

Puerto Rico Governor Wanda Vazquez declared a state of emergency late on Monday. She said there would be about 360 shelters open across the island.

“Slow strengthening is forecast during the next 48 hours, and Dorian is forecast to be near hurricane strength when it approaches Puerto Rico on Wednesday,” the NHC added. A storm becomes a hurricane when top sustained winds reach 74 mph (119 kph).

Vazquez took office in Puerto Rico this month after political turmoil led to the resignation of Governor Ricardo Rossello.

“We are better prepared than when Hurricane Maria attacked our island,” she told a televised news conference on Tuesday.

Puerto Rico has struggled to recover from the back-to-back 2017 hurricanes that killed about 3,000 people just months after the territory filed for bankruptcy to restructure $120 billion of debt and pension obligations.

“Wow! Yet another big storm heading to Puerto Rico. Will it ever end?” Trump wrote on Twitter on Tuesday. Trump, who has been criticized for his administration’s response to the 2017 storms, has accused the island’s leaders of squandering billions in disaster relief aid.

U.S. Senators Marco Rubio and Rick Scott, both Republicans from Florida, sent Trump a letter on Tuesday urging him to declare an emergency for Puerto Rico before the storm made landfall.

Dorian is expected to weaken slightly after moving over Puerto Rico before regaining strength on Thursday and Friday as it approaches Turks and Caicos and the southeastern Bahamas.

Barbados was hit by strong winds and intermittent showers on Monday but the island returned to normal on Tuesday, with the international airport reopening at 7 a.m.

As the storm continued its march west-northwest, the NHC issued a tropical storm warning for the U.S. Virgin Islands, which were also hit hard during the 2017 hurricane season.

Dorian is expected to dump 3 to 5 inches (8-13 cm) of rain on Florida when it reaches the southeastern U.S. state, the NHC said.