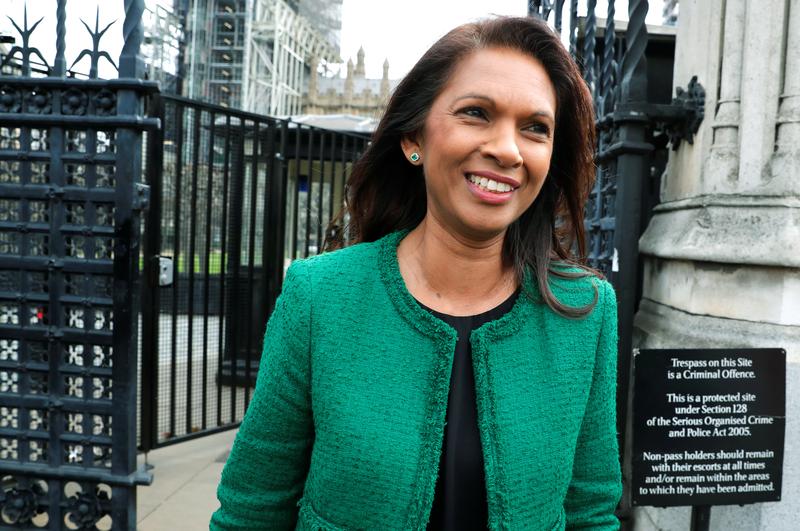 LONDON (Reuters) – Legal campaigner Gina Miller said on Wednesday she will ask the courts to block Prime Minister Boris Johnson’s decision to suspend Britain’s parliament for more than a month before Brexit.

Miller, who in 2017 successfully challenged the government over its authority to leave the EU without a vote in parliament, said she would seek an urgent judicial review before Sept. 9, the earliest date that a suspension of parliament could come into effect.

Earlier on Wednesday, Johnson launched his boldest move yet to take the country out of the European Union by Oct. 31 with or without a divorce deal, by setting a new date for a state opening of parliament.

Known as the Queen’s Speech, the formal event will be held on Oct. 14 and be preceded by a suspension of the House of Commons, meaning parliament will not sit between mid-September and mid-October.

The move, which Queen Elizabeth was obliged by constitutional convention to approve, limits the time opponents have to derail a disorderly Brexit.

“The basis of my approach to the courts is that it cannot be legitimate or a proper use of the prerogative power to prorogue Parliament when the intention and effect inherent in doing so is to frustrate Parliament and fetter it from exercising its sovereign right to fulfil its elective role and enact any law it sees fit,” Miller said in a statement.