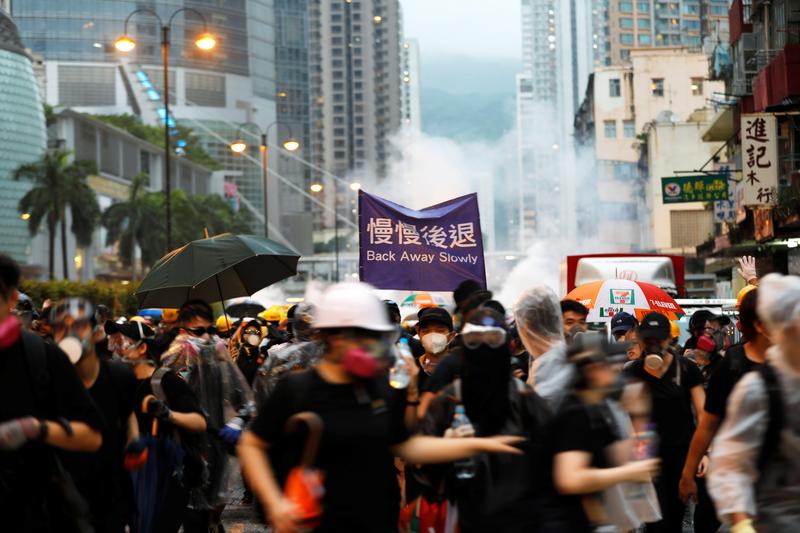 HONG KONG (Reuters) – Hong Kong carrier Cathay Pacific Airways warned against what it described as an illegal protest planned outside its facilities on Wednesday and that it had zero tolerance for “violent activities” and any staff who took part.

Cathay has been caught in the crosswinds between authorities in Beijing and anti-government protesters who have staged sometimes violent demonstrations since June that have grown to pose the city’s biggest challenge since it returned to Chinese rule in 1997.

The carrier said in a statement late on Tuesday police had banned a planned protest around its Cathay City headquarters on Lantau island, next to Hong Kong’s international airport, on Wednesday evening, making it illegal.

“Cathay Pacific wishes to emphasize that it fully supports the upholding of the Basic Law and all the rights and freedoms afforded by it,” the statement said.

The protests in the Asian financial hub have also posed the biggest challenge for Communist Party rulers in Beijing since President Xi Jinping took power in 2012. Authorities in Beijing have sent a clear warning that forceful intervention is possible to subdue the violence.

Unrest escalated in mid-June over a now-suspended extradition bill that would have allowed people to be sent to mainland China for trial in Communist Party-controlled courts.

It has since evolved into calls for greater democracy under the “one country, two systems” formula enshrined in the Basic Law under which Hong Kong has been administered since the return from British to Chinese rule.

Cathay became the biggest corporate casualty of the protests after China demanded it suspend staff involved in, or who support, the demonstrations.

Wednesday’s planned rally, aimed at protesting against recent staff dismissals, has since been moved to the central financial district by the Hong Kong Confederation of Trade Unions, which cited safety concerns if it was held outside Cathay City.

Carrie Lam, Hong Kong’s embattled leader, has not ruled out the possibility her administration could invoke emergency powers to quell the protests. She said in a news briefing on Tuesday that violence was becoming more serious but was confident the government could handle the crisis itself.

Imposing the Emergency Regulations Ordinance would give Lam wide-ranging powers – from changing laws, authorizing arrests, detentions and deportations, to censoring the media – according to legislation on the government’s website.

Kadoorie quoted his late father in saying that Hong Kong was always going to develop as a neutral point of contact between two different ideologies and two different systems of government and said the city could not leave its young people in despair.

“It is the responsibility of all of us to rebuild trust in the community and create hope for the younger generation,” Kadoorie said.