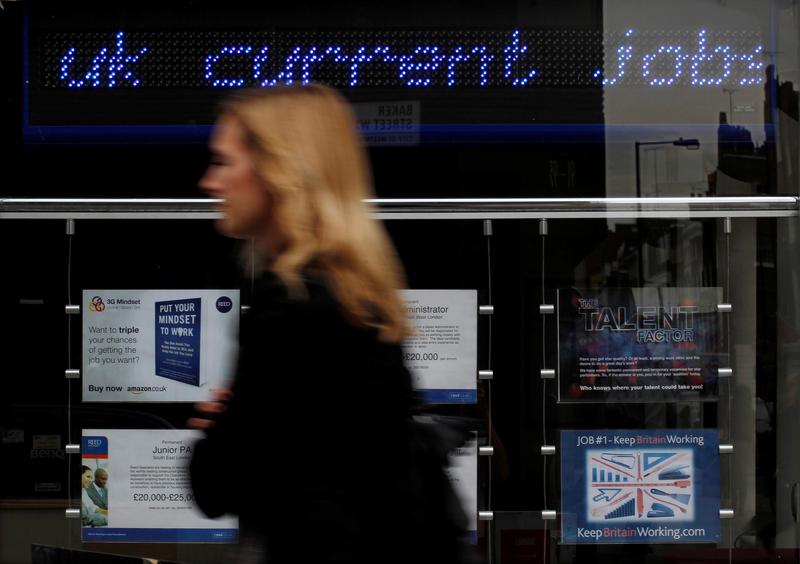 LONDON (Reuters) – British employers plan to hire more staff even as they remain pessimistic about the economy in the run-up to Brexit, according to a survey published on Wednesday which showed no sign of a weakening of the strong labour market.

But the Recruitment & Employment Confederation (REC) said severe skill shortages remained, especially in the public sector, and the government’s proposed restrictions on European Union workers after Brexit could make them worse.

Hiring intentions improved for permanent staff in the short and medium term, the REC survey showed.

Economists are watching for any signs that employers might cut back on hiring as the Oct. 31 Brexit deadline nears.

A fall in unemployment to its lowest rate since the mid-1970s has helped Britain’s economy to outperform most analysts’ expectations over the three years since the 2016 Brexit referendum.

REC said despite the stronger hiring plans, 46% of employers were concerned that they would be unable to find enough suitable candidates, especially among firms seeking workers with health and social care skills.

Within the public sector, 45% of employers said they had no spare capacity in their workplace, highlighting an immediate need to take on new staff.

“EU workers are an integral part of our health and social care system and the UK workforce as a whole,” Tom Hadley, REC’s director of policy and campaigns, said.

“It is essential that the government has in place a sensible transition towards an evidence-based immigration policy to help reassure employers and EU citizens.”

The government of new Prime Minister Boris Johnson has said it plans to introduce “a new, fairer immigration system” after Brexit that prioritises skills rather whether migrant workers are from the EU.

The REC survey of 609 UK employers took place between May 7 and July 25.