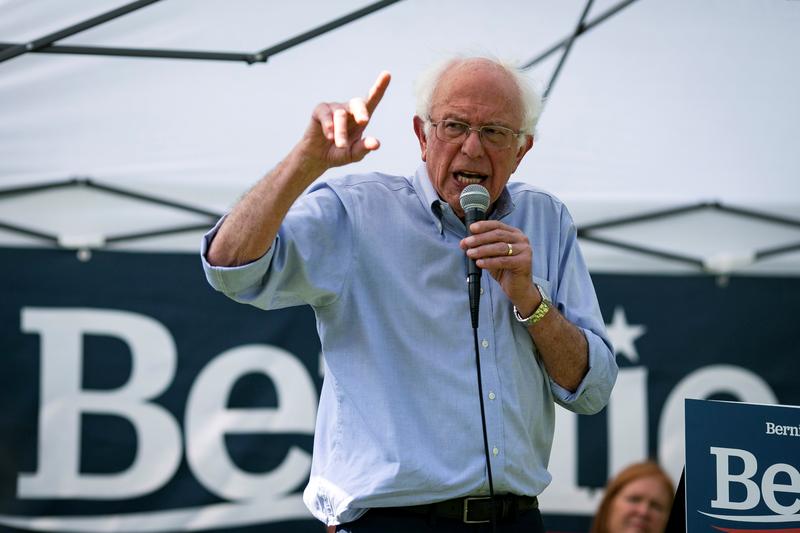 WASHINGTON (Reuters) – U.S. presidential candidate Bernie Sanders, who has criticized corporate media and accused some outlets of a bias against his campaign, vowed to clamp down on media mergers and toughen enforcement of antitrust laws against tech giants like Facebook and Google.

In an editorial, Sanders, a U.S. senator from Vermont, said as president he would seek a moratorium on approving mergers of major media corporations, more funding for “non-profit civic-minded media” and moves to prevent Facebook and Google from siphoning off advertising revenues from news organizations.

Sanders also said he would limit the number of stations that large broadcasting corporations can own in each market and nationwide, and require media corporations to disclose whether their merger proposals would involve “significant” journalism layoffs.

“Today, after decades of consolidation and deregulation, just a small handful of companies control almost everything you watch, read, and download,” Sanders said in a Columbia Journalism Review editorial published on Monday.

“Given that reality, we should not want even more of the free press to be put under the control of a handful of corporations and ‘benevolent’ billionaires who can use their media empires to punish their critics and shield themselves from scrutiny.”

The proposal comes after Sanders earlier this month linked his criticism of Amazon.com Inc, which he has attacked for its tax breaks and wage policies, to what he said was unfair coverage of his campaign by the Washington Post, which is owned by Amazon owner Jeff Bezos. The Post has denied that Bezos influences news coverage.

In the column, Sanders made a reference to the Post and to Walt Disney Co television properties.

“News outlets owned by Disney and Jeff Bezos may happily tout Disney films and Bezos’s plans for space exploration, but we cannot count on them to consistently and aggressively cover workers’ fight for better wages at Disney- or Bezos-controlled companies,” he said.

Sanders decried job losses in the U.S. journalism industry, citing studies that found 1,400 communities have lost newspapers in the last 15 years and newsrooms have lost 28,000 employees since 2008.

“One reason we do not have enough real journalism in America right now is because many outlets are being gutted by the same forces of greed that are pillaging our economy,” Sanders wrote.

Before mergers were approved, he would require that employees be given the opportunity to purchase media outlets through employee stock-ownership plans. He also would block any mergers or deregulations that would disproportionately affect people of color and women, he said.