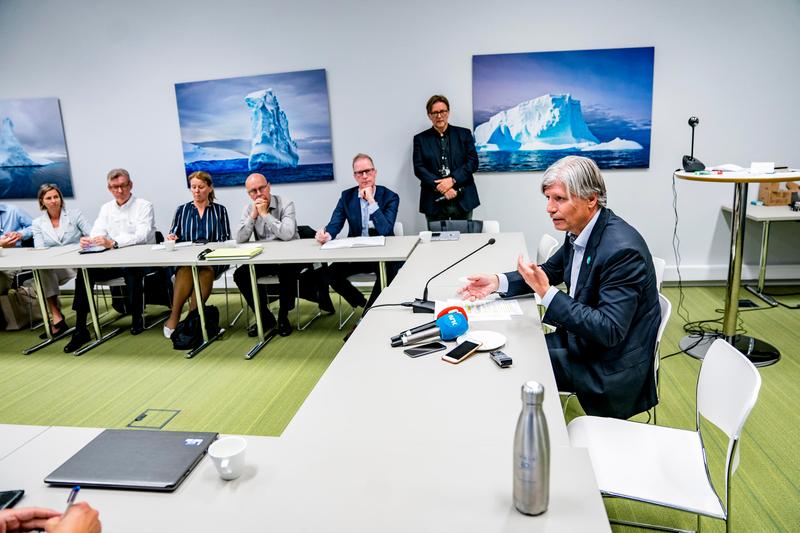 OSLO (Reuters) – Norway, until recently the main donor to a fund to curb Amazonian deforestation, on Tuesday called on Norwegian companies active in Brazil to ensure they do not contribute to the destruction of the rainforest.

Representatives of oil firm Equinor, fertiliser-maker Yara and aluminium producer Norsk Hydro attended a meeting on Tuesday with Climate and Environment Minister Ola Elvestuen to discuss the fires in the Amazon.

“They must be conscious about their supply chains and ensure that they do not help contribute to deforestation,” Elvestuen told reporters after the meeting, called on Monday in response to the blazes afflicting the vast Amazon region.

The Norwegian state is the top owner of all three firms.

Tuesday’s meeting was also attended by pension fund KLP and environmental non-governmental organisations to discuss the issue and what could be done to solve it.

The number of fires recorded across the Brazilian Amazon has risen 79% this year through Aug. 25, according to Brazil’s space research agency.

Earlier on Tuesday Brasilia said it would not consider an offer of at least $20 million from the Group of Seven nations to fight the fires until French President Emmanuel Macron retracted “insults” against Brazilian President Jair Bolsonaro.

In August Oslo suspended donations to the Amazon Fund after Brasilia blocked operations of a fund receiving the aid.

Norway has worked closely with Brazil to protect the Amazon rainforest for more than a decade, and has paid some $1.2 billion into the Amazon Fund, to which it is by far the biggest donor.

Asked on Tuesday what Norway would do with the money it was not disbursing to Brasilia, Elvestuen told Reuters: “It has not been decided yet.”

Equinor is a top oil producer in the South American country and is developing Brazil into its main production country outside its homebase. The company’s representative at the meeting declined to comment.

The oil firm later said it was important that the rainforest is protected and that it was not engaged in activity there, but was limited to offshore oil exploration and a solar farm.

“We ensure that our supply chain does not have a negative impact on the rainforest,” a company spokesman said.

Hydro has a bauxite mine and a refinery, Alunorte, located in the northern state of Para that turns bauxite into alumina, the white powder used to produce aluminium at smelters.

The company said it was working on reducing its climate and environmental footprint throughout its business and supported efforts to reduce Amazon deforestation with, for instance, research collaboration between universities in Oslo and in Para state.

“Hydro has a bauxite mine in Para that respects environmental regulations. We use significant resources to replant and rehabilitate mining areas and we have a goal to conduct one-to-one reforestation of available areas,” a company spokesman said.

“Hydro is focused on maintaining a good dialogue and good bilateral relations between Norway and Brazil.”

Yara, which makes fertilisers in Brazil and supplies Brazilian farmers with products, said that it was “very important to safeguard the rainforest”.

“This has high priority in Yara and we do our utmost to ensure compliance across the supply chain to prevent the illegal clearing of land,” said a company spokeswoman.

Separately KLP, a Norwegian pension fund with over $80 billion in assets under management, said it was contacting U.S. firms in which it was invested that did significant business with agricultural producers in Brazil to ask for “concrete actions”.