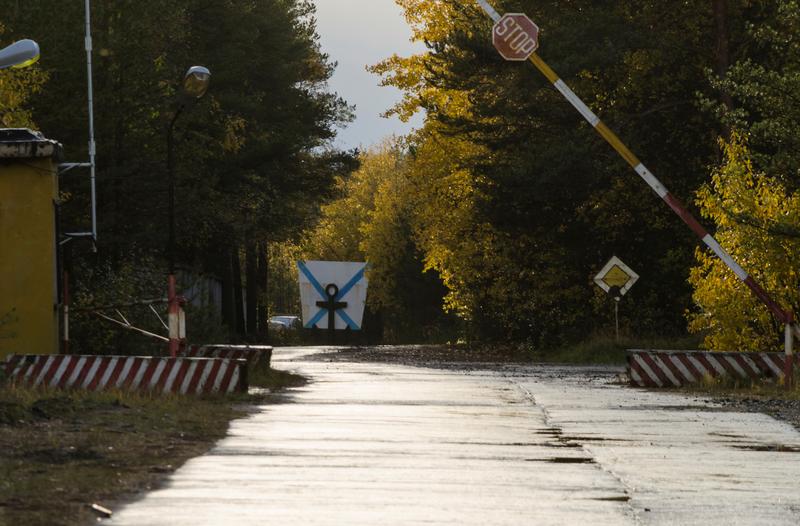 FILE PHOTO: A view shows an entrance checkpoint of a military garrison located near the village of Nyonoksa in Arkhangelsk Region, Russia October 7, 2018. REUTERS/Sergei Yakovlev

OSLO (Reuters) – Reports of a second blast from a deadly Russian rocket engine test may be wrong, and the signals could stem from unrelated mining activity, the Norwegian monitor that first presented the double explosion theory said.

Norsar, Norway’s nuclear test-ban monitor, last week said an Aug. 8 explosion that killed five Russian scientists was followed by a second blast two hours later, and that this was the likely source of a spike in radiation.

The second explosion was detected by infrasonic air pressure sensors in the Norwegian town of Bardufoss, but further analysis, taking in additional data from Norway and Finland, pointed to a different explanation, Norsar said on its website.

“The direction shows a small deviation of 1-2 degrees difference from the first event to the station in Bardufoss. Further analysis of the event with additional seismic data indicates that the event also may stem from mining activity in Finland,” it added.

The governor of Russia’s Arkhangelsk region, where the blast took place, has dismissed reports of another explosion.

Russia’s state weather agency said on Monday it had found the radioactive isotopes of strontium, barium and lanthanum in test samples after the accident.

President Vladimir Putin has said the mishap occurred during testing of what he called promising new weapons systems.