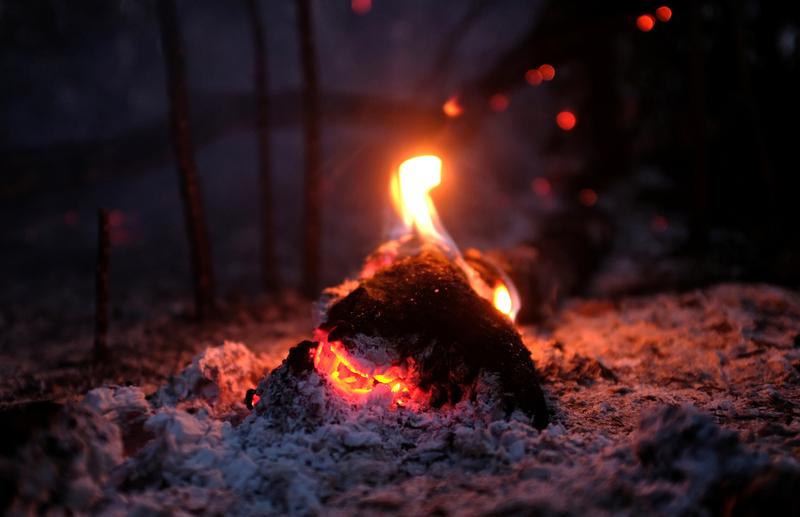 BRASILIA/RIO DE JANEIRO (Reuters) – Brazil’s President Jair Bolsonaro said on Tuesday he wants French President Emmanuel Macron to withdraw the “insults” made against him before he considers accepting a $20 million offer from the G7 nations to help fight forest fires in the Amazon.

FILE PHOTO: A tract of the Amazon jungle burning as it is being cleared by loggers and farmers in Canarana, Mato Grosso state, Brazil August 26, 2019. REUTERS/Lucas Landau

The two leaders have become embroiled in a deeply personal and public war of words in recent days, with Bolsonaro mocking Macron’s wife and accusing the French leader of disrespecting Brazil’s sovereignty. Macron has called Bolsonaro a liar, and said Brazilian women are probably ashamed of their president.

The fires in the Amazon have created a major crisis for Bolsonaro’s far-right government. The Brazilian leader is losing popularity at home and finding himself increasingly isolated on the global stage over his response to blazes that threaten what many view as a key bulwark against global climate change.

His response to the fires is being closely watched by world leaders increasingly concerned by climate change, and could threaten Brazil’s trade deals and powerful agribusiness sector, which is a crucial driver of its recession-plagued economy.

However, the offer of aid from the Group of Seven wealthy nations, which was made at a leaders summit in the southern French town of Biarritz on Monday, has stirred up emotions within Bolsonaro’s nationalist government. Some officials are grateful for the much-needed help, and others view it as a colonial token that undermines Brazil’s control of its lands.

Bolsonaro raised Macron’s ire on Sunday when the Brazilian leader responded to a Facebook post that compared the looks of his wife Michelle, 37, with Macron’s 66-year-old wife Brigitte. “Do not humiliate the man hahahah,” Bolsonaro wrote, in a comment widely criticized as sexist.

Macron, who has accused Bolsonaro of lying about climate change policy, called the remarks “extremely disrespectful” to his wife.

On Tuesday, Bolsonaro said he would only countenance accepting G7 money if Macron retracted his earlier comments.

“First of all, Macron has to withdraw his insults. He called me a liar. Before we talk or accept anything from France … he must withdraw these words then we can talk,” Bolsonaro told reporters in Brasilia. “First he withdraws, then offers (aid), then I will answer.”

The French president’s office declined to comment on Bolsonaro’s remarks.

Later, in an at-times fraught discussion with members of his cabinet and governors of Amazon states, Bolsonaro said he did not have anything against the G7 countries, but rather against the president of one of them – a thinly veiled reference to Macron.

He also said he appreciated the environmental work of the G7, but said any efforts to harm Brazil’s agribusiness sector would hurt Latin America’s largest economy.

Other members of his team took a more adversarial tone.

“Where they have passed they have left a trail of destruction, confusion and misery, so they can’t give that kind of advice to anyone,” Augusto Heleno, a retired Brazilian general who is Bolsonaro’s top security adviser, said about France. He also labeled Macron’s posture as childish.

In a boost for the Brazilian leader, U.S. President Donald Trump on Tuesday tweeted his support for Bolsonaro, an ideological peer on the environment, China and trade.

Bolsonaro “is working very hard on the Amazon fires and in all respects doing a great job for the people of Brazil – Not easy. He and his country have the full and complete support of the USA!” Trump tweeted.

The Brazilian president responded on Twitter: “We’re fighting the wildfires with great success. Brazil is and will always be an international reference in sustainable development.”

Leaders of the G7 made the aid offer after discussing the fires ravaging the world’s largest tropical rainforest – often dubbed “the lungs of the world”.

Initially, as the fires gained global headlines, Bolsonaro said Brazil did not have the resources to tackle the blazes. Then, in the wake of the G7 offer, his Environment Minister Ricardo Salles called the aid “welcome.”

However, on Monday evening, Bolsonaro’s chief of staff Onyx Lorenzoni said Brazil would reject the G7 offer, although his office said that was his personal view.

The number of blazes recorded across the Brazilian Amazon has risen 79% this year through Aug. 25, according to Brazil’s space research agency. The fires are not limited to Brazil, with at least 10,000 square kilometers (about 3,800 square miles) burning in Bolivia, near its border with Paraguay and Brazil.

But Brazil is at the epicenter of the blazes, which Bolsonaro has blamed on environmentalists, non-government organizations and the weather. He has also said fires in the Amazon were more prevalent under previous left-wing governments.

Weak rainfall is unlikely to extinguish a record number of fires raging in Brazil’s Amazon anytime soon, with pockets of precipitation through Sept. 10 expected to bring only isolated relief, according to weather data and two experts.