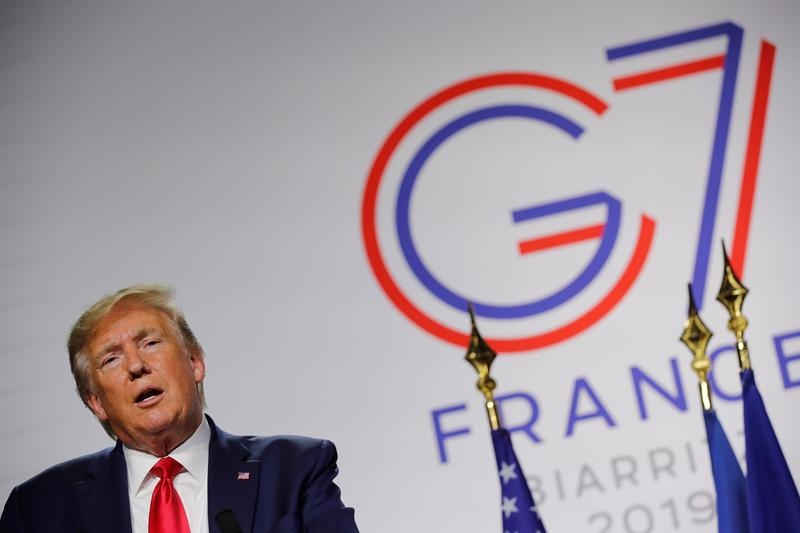 BIARRITZ, France (Reuters) – U.S. President Donald Trump, responding to a question about climate change, said on Monday that U.S. wealth is based on energy and he won’t jeopardize that for dreams and windmills.

“I feel that the United States has tremendous wealth. The wealth is under its feet. I’ve made that wealth come alive. … We are now the No. 1 energy producer in the world, and soon it will be by far,” Trump told reporters when asked about his views on climate change.