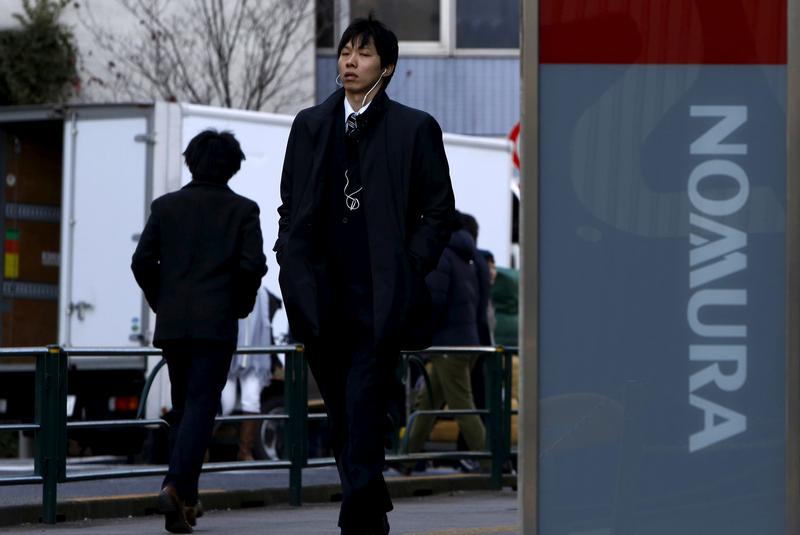 FILE PHOTO: A man walks past a signboard of Nomura Securities outside its branch in Tokyo, Japan, February 2, 2016. REUTERS/Yuya Shino/File Photo

Anti-government demonstrations in the city escalated over the weekend with protesters hurling Molotov cocktails at security forces who responded with water cannon and tear gas, as protests entered their third month.

“We are concerned that the ongoing political tensions in HK are now affecting the key pillars of the economy (such as retail sales, tourism, property prices) and thus the outlook of corporate earnings,” Nomura said in a research note on Monday.

Nomura has cut its rating on MSCI’s basket of Hong Kong companies .dMIHK00000PUS to “underweight” from “overweight”.

Hong Kong is bracing for its first recession since the financial crisis.

Over the weekend, the United States added tariffs on some $550 billion of Chinese goods, hours after China unveiled retaliatory tariffs on $75 billion worth of U.S. goods.

The Chinese currency has lost 3.7% so far this month as the trade war escalated. It was down 0.6% as of midday local time.