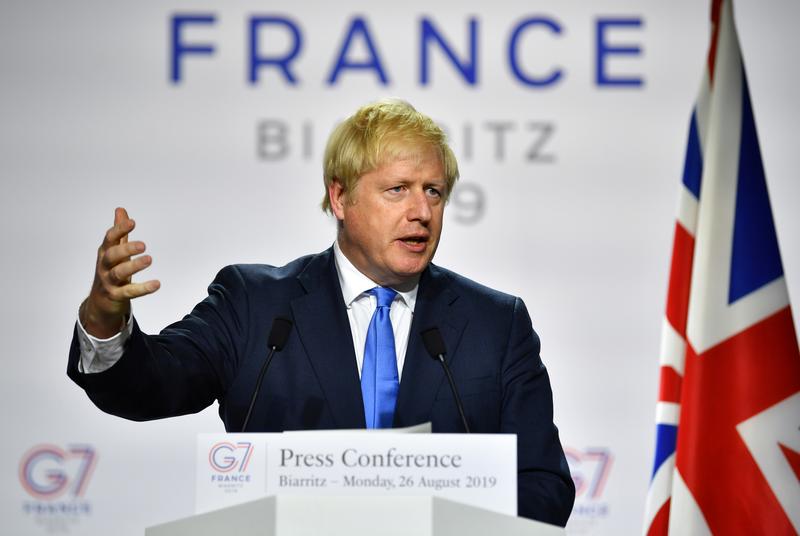 Britain’s Prime Minister Boris Johnson speaks during a news conference at the end of the G7 summit in Biarritz, France, August 26, 2019. REUTERS/Dylan Martinez

BIARRITZ, France (Reuters) – British Prime Minister Boris Johnson said he was prepared to take Brexit talks with the European Union down to the very last minute before the Oct. 31 exit deadline and if necessary to take a decision to leave without a deal on that day.

When asked by Reuters if he was prepared to take talks with the EU right up to Oct. 31, Johnson said: “Well I do think that the EU does tend to come to an agreement right at the end.”

“Clearly for us, the walking away as it were, would come on October 31 when we would take steps to come out on the terms for which we will have by then made absolutely colossal and extensive and fantastic preparations,” he said at a news conference as the G7 conference in Biarritz drew to a close.

Johnson was repeatedly asked by reporters what he would do if parliament tried to delay or block a no-deal Brexit but he sidestepped the questions.

He said that the British people were tired of Brexit being on the front pages of newspapers and that Brexit had to be implemented on Oct. 31.

Speaking of talks with the EU, Johnson said he wanted a deal but that the bloc would have to accept a “backstopectomy” – the removal of the Irish border insurance policy known as the Irish backstop.