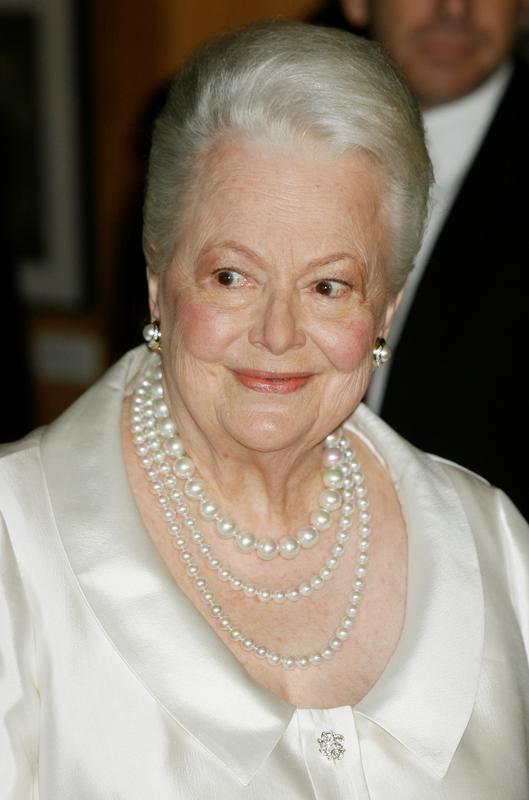 (Reuters) – A collection of 27 outfits worn by Hollywood legend Olivia de Havilland is going up for auction next month, some of which she wore on screen during her acting career more than 50 years ago.

The Sept. 17 online auction at Chicago-based Hindman also includes haute couture designs by Christian Dior that de Havilland, who turned 103 in July, wore at movie premieres and galas between 1954-1989.

De Havilland, a double Oscar winner who is best known for playing Scarlett O’Hara’s sister-in-law in “Gone with the Wind,” sold the bulk of her Dior collection at a London auction in 1993.

The items up for sale next month are being sold by her family, Hindman auctions said on Monday.

They include a green Dior dress the actress wore in the 1964 movie “Hush…Hush, Sweet Charlotte,” a belted day dress she was photographed in the day before her 1954 wedding to her second husband, Pierre Galante, and eight evening gowns.

De Havilland made her last screen appearance in the 1988 TV movie “The Woman He Loved” and now lives quietly in France.