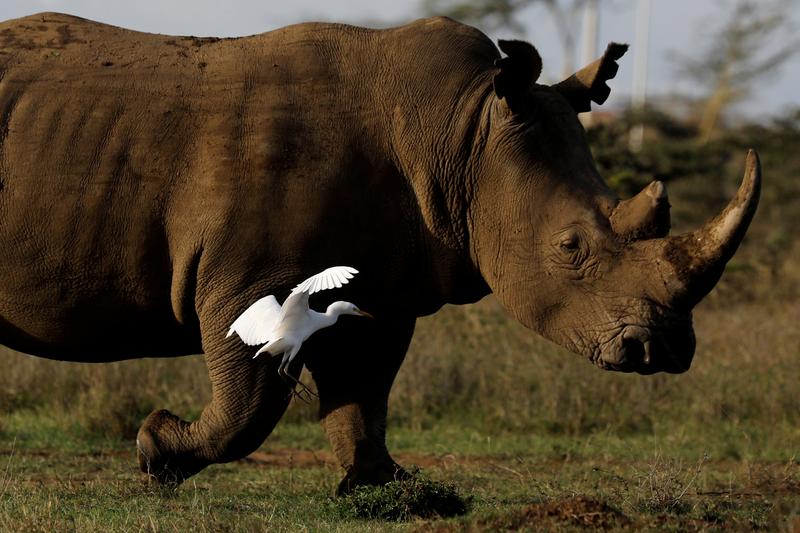 Najin and Fatu are Sudan’s daughter and grand-daughter and the three animals lived together at the Ol Pejeta Conservancy, about 250km (155 miles) north of Nairobi, where Sudan died.

The scientists said in a statement they had harvested 10 eggs from Najin and Fatu and that seven of those had been successfully matured and artificially inseminated on Sunday. The team of scientists is led by the Leibniz Institute for Zoo and Wildlife Research in Berlin.

The sperm used in the process had been harvested from two bulls of the same species and kept frozen.

“This is the next critical step in hopefully creating viable embryos that can be frozen and then later on transferred to southern white rhino surrogate mothers,” the scientists said.

“We were surprised by the high rate of maturation achieved as we do not get such a high rate…with southern white rhino females in European zoos.”

Kenya had 20,000 rhinos in the 1970s, but years of rampant poaching reduced the number to an estimated 650 now, almost all of which are black rhinos.