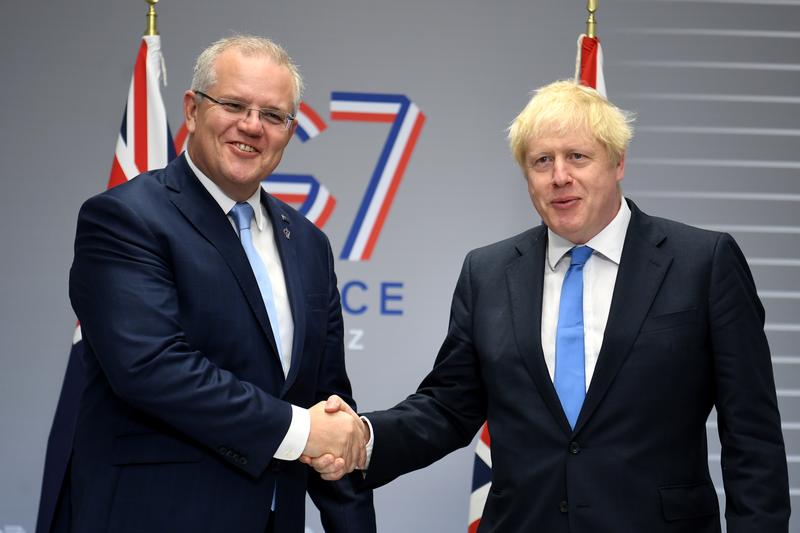 BIARRITZ, France (Reuters) – Australian Prime Minister Scott Morrison said his meeting with counterpart Boris Johnson had left him convinced that the British leader could deliver Brexit, speaking to reporters on the sidelines of a G7 summit.

When asked if he believed Johnson could deliver Brexit he said: “I tell you, sat in that room with him this morning you would be absolutely convinced of it.”

He also said that he hoped a trade deal with Britain could be done in less than a year, but cautioned that any agreement must be right for both sides, and said he did not want to create an arbitrary deadline.