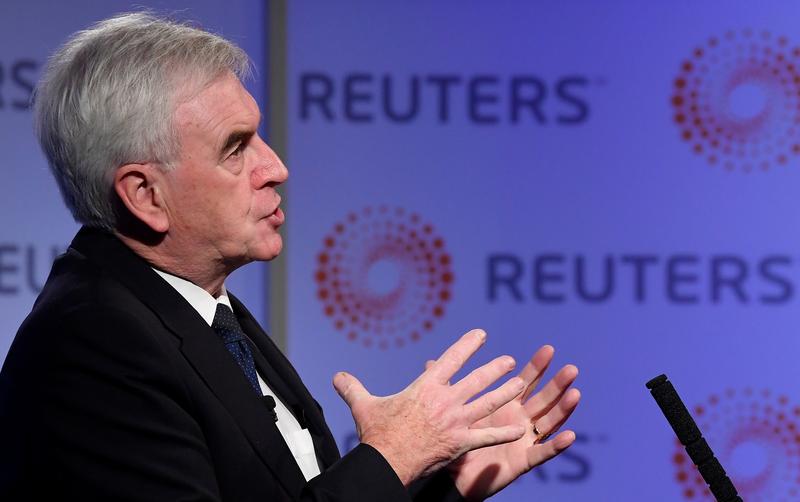 (Reuters) – The finance chief of Britain’s main opposition Labour Party has said privately that the party should campaign to prevent Brexit, the Sunday Times newspaper reported.

John McDonnell has argued that Labour’s position should be to revoke article 50 and stop Brexit in its tracks, according to the newspaper. A spokesman for McDonnell cited by the Sunday Times denied the report and dismissed its claims.

McDonnell has previously said Labour must back a public vote on Brexit.