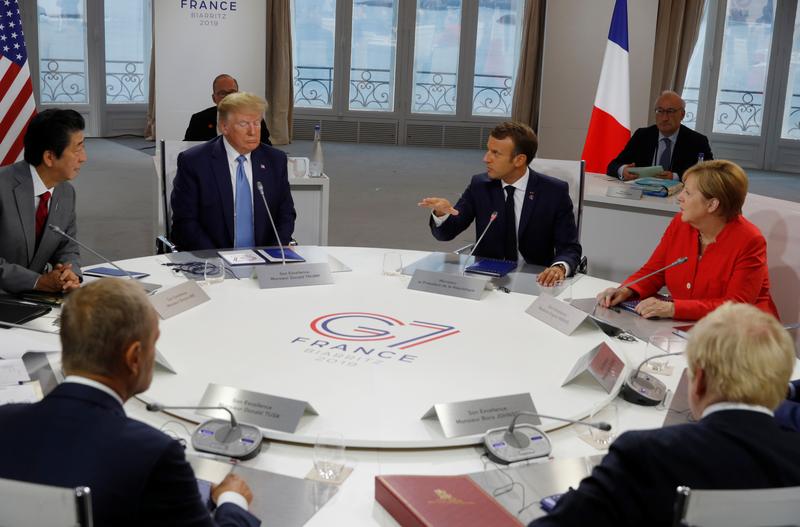 BIARRITZ, France (Reuters) – G7 leaders agreed that President Emmanuel Macron should hold talks and pass on messages to Iran after they discussed the issue at a summit in southwestern France on Saturday evening, a French presidential source said.

The source said the priority remained to prevent Iran obtaining nuclear weapons and defuse tensions in the Gulf.

“As president of the G7, the president did indeed get the power to discuss and send a message to Iranian authorities on the basis of the exchanges we had last night,” the French official said, without providing any details.

European leaders have struggled to tamp down the brewing confrontation between Iran and the United States since U.S. President Donald Trump pulled his country out of Iran’s internationally-brokered 2015 nuclear deal and reimposed sanctions on the Iranian economy.

Tehran has responded with a series of moves, including retreating from some of its commitments to limit its nuclear activity made under the deal. With the accord on the brink of collapse, Macron said he wanted the summit to yield a clearer strategy on how to avoid a further deterioration in the region.

Macron, who has led mediation efforts, met Iranian Foreign Minister Mohammad Javad Zarif on Friday with the aim of discussing proposals that could ease the crisis, including the idea of reducing some U.S. sanctions or providing Iran with an economic compensation mechanism.

He was supposed to discuss those ideas with Trump on the sidelines of the G7, which also comprises Britain, Germany, Italy, Canada, Japan and the EU.

The United States has made no indication it will ease any sanctions and it is unclear what kind of compensation mechanism Macron was referring to.

Macron said that in return for any concessions he would expect Iran to comply fully with the nuclear deal and for Iran to engage in new negotiations that would include its ballistic missile program and regional activities.

French officials have declined to discuss the details of the talks with Iran or the United States.