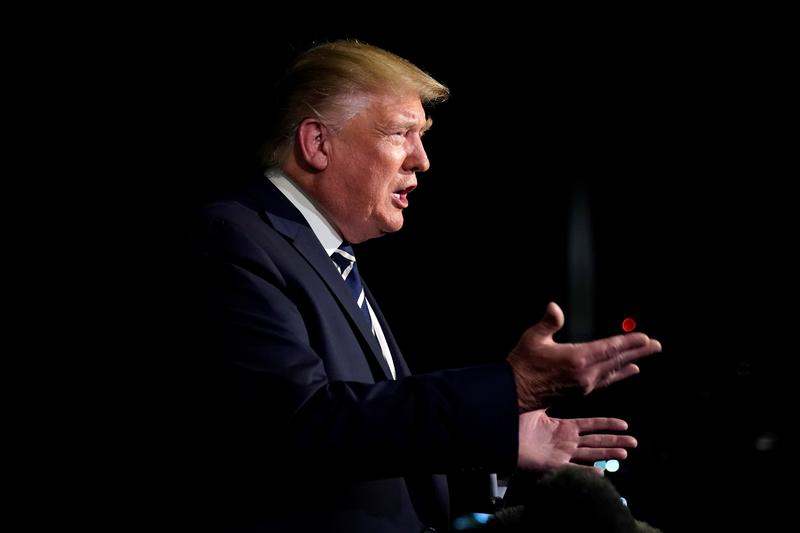 U.S. President Donald Trump speaks with reporters on the South Lawn of the White House in Washington, U.S., before his departure to France to attend the G7 summit in Biarritz, August 23, 2019. REUTERS/Yuri Gripas

Speaking to reporters at the White House before leaving for a Group of Seven summit in France, Trump said he is not a “big fan” of tech companies but “those are great American companies and frankly I don’t want France going out and taxing our companies.”

“And if they do that … we’ll be taxing their wine like they’ve never seen before,” he said.