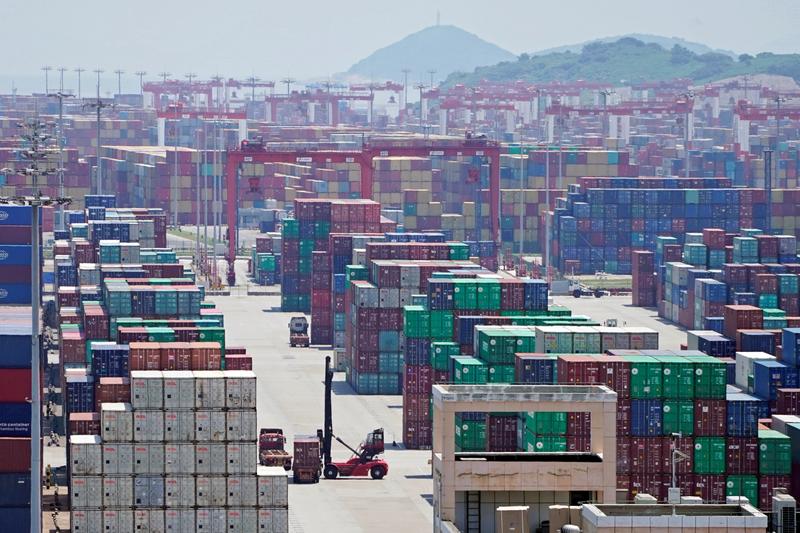 WASHINGTON/BEIJING (Reuters) – U.S. President Donald Trump on Friday lashed back at a new round of Chinese tariffs by heaping an additional 5% duty on some $550 billion in targeted Chinese goods in the latest tit-for-tat trade war escalation by the world’s two largest economies.

Trump’s move, announced on Twitter, came hours after China unveiled retaliatory tariffs on $75 billion worth of U.S. goods, prompting the president earlier in the day to demand U.S. companies move their operations out of China.

The intensifying U.S.-China trade war stoked market fears that the global economy will tip into recession, sending U.S. stocks into a tailspin, with the Nasdaq Composite .IXIC down 3%, and the S&P 500 .SPX down 2.6%.

“Sadly, past Administrations have allowed China to get so far ahead of Fair and Balanced Trade that it has become a great burden to the American Taxpayer,” Trump said on Twitter. “As President, I can no longer allow this to happen!”

He said the United States would raise its existing tariffs on $250 billion worth of Chinese imports to 30% from the current 25% beginning Oct. 1.

At the same time, he announced an increase in planned tariffs on the remaining $300 billion worth of Chinese goods to 15% from 10%. The United States will begin imposing those tariffs on some products starting Sept. 1, but tariffs on about half of those goods have been delayed until Dec. 15.

The U.S. Trade Representative’s office confirmed the effective dates, but said it would conduct a public comment period before imposing the 30% tariff rate on Oct. 1.

Trump has accused China of unfair trade practices and pushed for a deal that would rebalance the relationship in favor of U.S. manufacturers and workers.

“We don’t need China and, frankly, would be far better off without them. The vast amounts of money made and stolen by China from the United States, year after year, for decades, will and must STOP,” Trump tweeted earlier on Friday.

“Our great American companies are hereby ordered to immediately start looking for an alternative to China, including bringing your companies HOME and making your products in the USA.”

It’s unclear what legal authority Trump would be able to use to compel U.S. companies to close operations in China or stop sourcing products from the country.

Trump also said he was ordering shippers including FedEx (FDX.N). Amazon.com Inc (AMZN.O), UPS (UPS.N) and the U.S. Postal Service to search out and refuse all deliveries of the opioid fentanyl to the United States.

“It’s impossible for businesses to plan for the future in this type of environment. The administration’s approach clearly isn’t working, and the answer isn’t more taxes on American businesses and consumers. Where does this end?” said David French, a senior vice president for the National Retail Federation.

“Time is of the essence. We do not want to see a further deterioration of U.S.-China relations,” Myron Brilliant, executive vice president and head of the business group’s international affairs, said in a statement.

China’s Commerce Ministry said that on Sept. 1 and Dec. 15 it will impose additional tariffs of 5% or 10% on a total of 5,078 products originating from the United States including agricultural products such as soybeans, beef and pork, as well as small aircraft. Beijing is also reinstituting tariffs on cars and auto parts originating from the United States that it suspended last December as U.S.-China trade talks accelerated.

“China’s decision to implement additional tariffs was forced by the U.S.’s unilateralism and protectionism,” the Commerce Ministry said in a statement.

“We want a deal, but it doesn’t mean we want a deal that is not based on mutual respect or good for China’s interests,” a Chinese diplomatic source said. “If the United States levies tariffs, China will have counter-measures.”