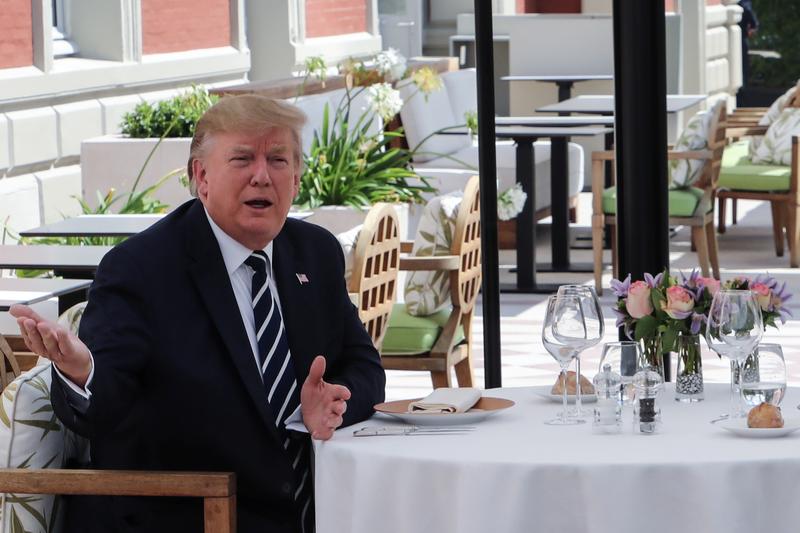 BIARRITZ, France (Reuters) – U.S. President Donald Trump said on Saturday he expected a G7 summit in France this weekend to accomplish a lot, adding he had a special relationship with his French counterpart Emmanuel Macron even if they had their differences.

“We actually have a lot in common, Emmanuel and I. We have been friends for a long time. Every once in a while we go at it a little bit, not very much. We get along very well, we have a very good relationship. I think I can say a special relationship,” he said, sitting on a terrace with Macron.

“So far so good,” Trump continued, shortly after his arrival for the three-day summit of major industrialized nations. “We’ll accomplish a lot this weekend.”

The summit promises to be a fraught event, with friction over trade, climate change and Iran likely to snarl the leaders’ talks.