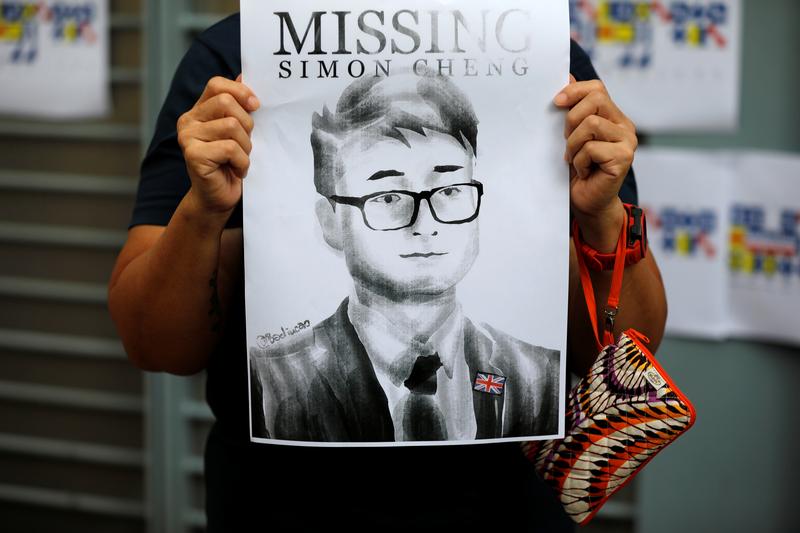 FILE PHOTO: A woman holds a poster of Simon Cheng, a staff member at the consulate who went missing on August 9 after visiting the neighbouring mainland city of Shenzhen, during a protest outside the British Consulate-general office in Hong Kong, China, August 21, 2019. REUTERS/Willy Kurniawan

SHANGHAI (Reuters) – An employee of the British consulate in Hong Kong who was detained in China’s border city of Shenzhen amid accusations of outside interference in pro-democracy protests in Hong Kong was released on Saturday, Chinese police said.

Police said Cheng was released as scheduled on Saturday and that his legal rights and interests had been observed. They also said Cheng had confessed to the accusations against him.

Reporting by the Reuters China bureau; Editing by Paul Tait