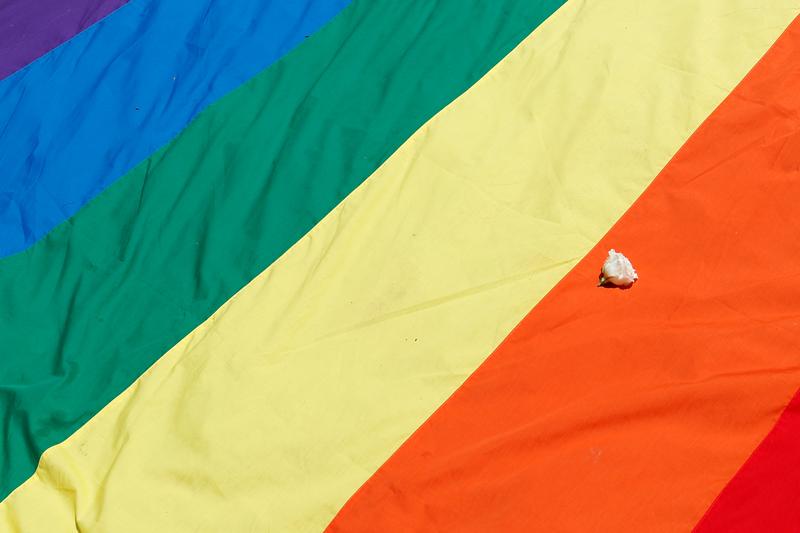 (Reuters) – A federal appeals court on Friday revived a lawsuit by a Minnesota couple challenging a state law requiring that their video production company film same-sex weddings, which they say violates their Christian beliefs.

FILE PHOTO: A rose is seen on a giant rainbow flag at a pro same-sex marriage party after couples registered their marriages in Taipei, Taiwan May 24, 2019. REUTERS/Tyrone Siu

In a 2-1 decision, the 8th U.S. Circuit Court of Appeals in St. Paul, Minnesota, said Angel and Carl Larsen can try to show that the law violates their rights to free speech and freely exercise their religious beliefs under the First Amendment of the U.S. Constitution.

Circuit Judge David Stras, an appointee of President Donald Trump, called videos by the St Cloud, Minnesota couple “a medium for the communication of ideas about marriage,” and said the state’s law “is targeting speech itself.”

The court ordered U.S. District Judge John Tunheim in Minneapolis to decide whether the Larsens and their Telescope Media Group deserve a preliminary injunction against the law, which subjects violators to fines and possible jail time. Tunheim had dismissed the lawsuit in September 2017.

Minnesota Attorney General Keith Ellison, whose office defended the law, did not immediately respond to requests for comment.

“Angel and I serve everyone,” Carl Larsen said, in a statement provided by his lawyers at Alliance Defending Freedom. “We just can’t produce films promoting every message.”

The case is among several in recent years where private business owners or individuals invoked their religious beliefs to deny services to same-sex couples.

In June, for example, the Washington Supreme Court ruled for a second time against a Christian florist for refusing to sell flowers to a same-sex couple for their wedding, setting up a potential clash at the U.S. Supreme Court.

Same-sex marriage became legal in Minnesota in 2013, and nationwide in 2015.

The Larsens said they wanted to use their talents to honor God, including by producing wedding videos promoting marriage as a “sacrificial covenant between one man and one woman.”

Minnesota objected, saying the Larsens had to produce videos of same-sex weddings as well as opposite-sex weddings, or else produce none.

But in Friday’s decision, Stras said the Larsens could try to show that Minnesota law interfered with their message “by requiring them to say something they otherwise would not.”

He distinguished antidiscrimination laws targeting conduct and only incidentally affecting speech, calling it “unquestionably” acceptable to require an employer to remove a “White Applicants Only” sign.