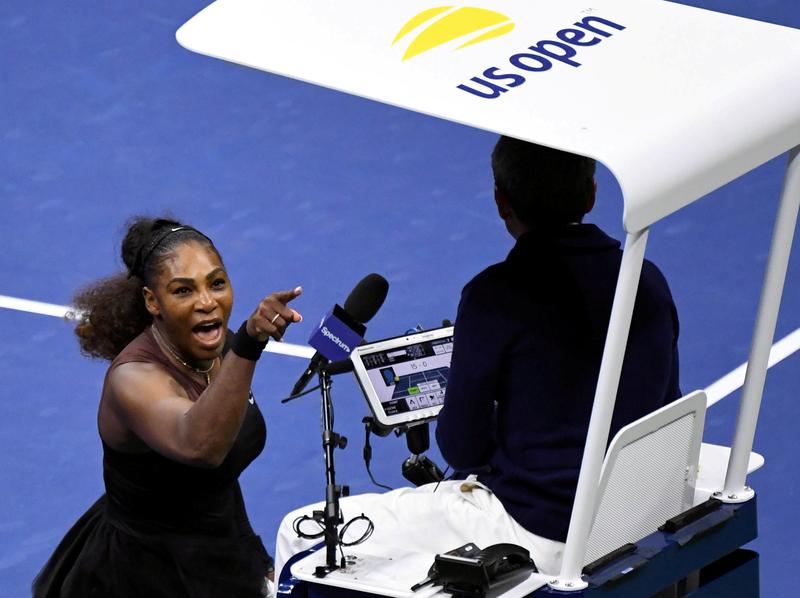 NEW YORK (Reuters) – Until last year’s U.S. Open, few tennis fans could identify a tournament official by name. That changed during the 2018 women’s final when chair umpire Carlos Ramos shot to prominence after a seismic clash with Serena Williams.

A year on from the tense decider won 6-2 6-4 by Naomi Osaka, opinion remains deeply divided over how Ramos handled the match and the heated exchanges with Williams, one of the game’s greatest players.

This much is undisputed: Ramos issued three code-of-conduct violations against the American, starting with a warning for receiving coaching from her mentor Patrick Mouratoglou in the stands.

The second resulted in a point penalty after Williams smashed and broke her racket in frustration.

The third, a game penalty, was the culmination of an extended and intense argument in which Williams called Ramos a “liar” and a “thief”. She was later fined $17,000.

While Osaka became the first tennis player born in Japan to win a Grand Slam title, denying Williams a record-equalling 24th in the process, her triumph was soured as disgruntled fans booed during the trophy ceremony.

In her Washington Post column, sports columnist Sally Jenkins articulated what many fans saw as a sexist motivation behind Ramos’s strict adherence to the rule book.

“Ramos took what began as a minor infraction and turned it into one of the nastiest and most emotional controversies in the history of tennis, all because he couldn’t take a woman speaking sharply to him,” she wrote.

Portugese Ramos, among the most experienced officials in the sport, also had vocal support from colleagues.

The International Tennis Federation issued a statement shortly after the final that said he had stuck to the rules and “acted at all times with professionalism and integrity.”

Before becoming an umpire, Ramos was a player but not one whose abilities could indulge his interests.

“I realized that as a player it would be very difficult to get where I wanted to go,” Ramos said in a 2015 interview with Portuguese newspaper Observador.

“I was very interested in languages, travel, interacting with people from other countries and cultures. And as a tennis player, I could not have that. In officiating, I saw that door open quickly.”

The multilingual 48-year-old now lives in France with his wife and family and has continued umpiring, including at the Grand Slams as well as Davis Cup and Fed Cup matches.

While he has stayed away from the spotlight the past year, he continues to be front of mind for tournament officials.

Rather than risk another confrontation, the United States Tennis Association has said Ramos will not officiate any of Williams’s matches or those of her sister Venus.

Officials said the decision was not prompted by requests from either of the Williams sisters.

Officials also said that, for the first time, code violations will be posted on the tournament’s scoreboards as they occur for clarity.

Ramos has not been stopped from officiating Osaka’s matches despite the furor over last year’s final.

When asked if she would mind seeing him on court with her again, Osaka said: “I never really say that I don’t like an umpire … if it happens, it happens.”