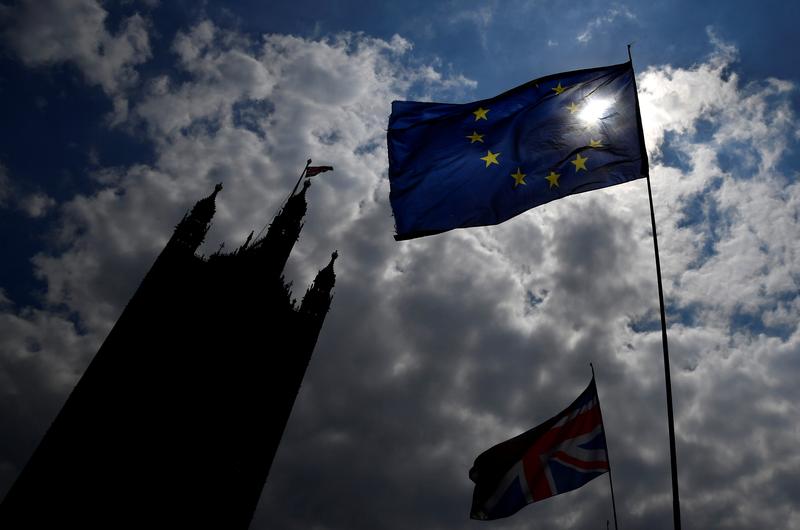 An EU flag and a British Union Jack flag are seen flying near the Houses of Parliament in London, Britain, May 16, 2019. REUTERS/Toby Melville

LONDON (Reuters) – British Prime Minister Boris Johnson plans to tell European Union leaders he will withhold 30 billion pounds ($37 billion) from the Brexit divorce bill unless they agree to changes to the deal, the Mail on Sunday reported.

Johnson’s office did not immediately respond to a request for comment.